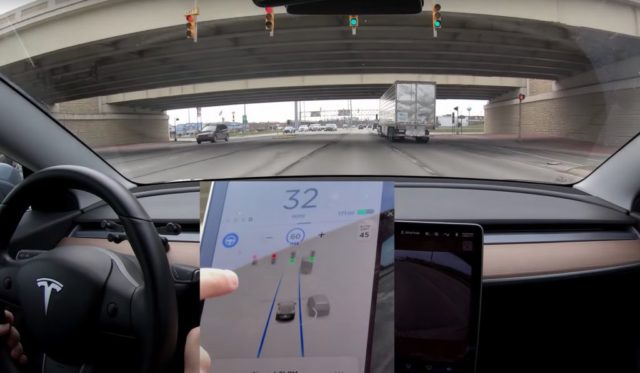 Tesla owners with the latest Full Self-Driving feature are getting their first taste at the newly released Traffic Light and Stop Sign Control feature, and the results are certainly compelling.

Tesla officially rolled out the feature to U.S. Tesla drivers on April 24 with software update 2020.12.6, which comes roughly a week after Early Access Program members revealed first experiences with the new Autopilot response.

Tesla Owners Silicon Valley showed their Model X responding safely to a stop sign with the feature in a neighborhood.

Wow 2020.12.6 is one of the best updates I've seen yet. It literally stopped at a light and stop sign in this video. Thank you @elonmusk @tesla autopilot team for this. It's a life hack!!!

YouTuber Dirty Tesla also uploaded a compilation of their Model 3 responding to traffic lights and stop signs under various road conditions, including intersections, stop signs within a shopping center, and traffic lights on a busy main road. The test revealed some positive experiences, however, it also brings to light, on some occasions, issues often associated with early iterations of new Autopilot features.

One of the more significant issues Dirty Tesla ran into was that his vehicle randomly stopped under a bridge while utilizing the feature. The car’s Driving Visualization became confused when a deactivated traffic light was visible on the right side of the road. This uncertainty resulted in the vehicle stopping in the middle of a busy highway.

Tesla vehicles have had issues with bridges and overpasses in the past, with some owners reporting that bridges and overpasses have caused their cars to slow down suddenly. This issue is undoubtedly something that the electric carmaker aims to improve on while its advanced neural net continues to learn from edge cases through fleet data.

The electric automaker admits in the Release Notes that the feature has a cautious nature and will “control more naturally” as it is used more over time, and data is uploaded to Tesla’s Neural Network. As more people drive with the feature, it will only improve after the information is compiled, and Tesla’s fleet of electric cars becomes more comprehensive and confident while operating in self-driving mode.

Currently, the wide release of the new Autopilot capability is only available in the United States. Tesla CEO Elon Musk stated in early April that the feature would eventually make its way to international owners, barring regulatory approval in each country.

Check out the compilation of  videos from Tesla owners below, who share their experiences with the latest Autopilot Traffic Light and Stop Sign Controls.

The post Tesla owners with the new Traffic Light update are revealing some interesting experiences appeared first on TESLARATI.