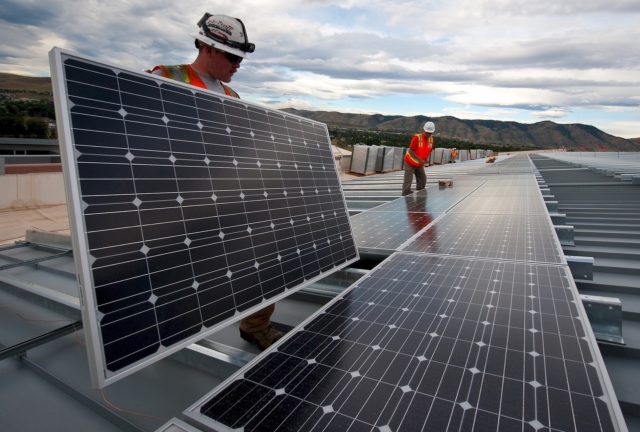 On the heels of Walmart’s recent lawsuit against Tesla Energy laying claim to 7 fires allegedly caused by Tesla’s solar panel installations, Amazon has now claimed that it also experienced a fire in June 2018 with the same company as culprit. The online retailer has also indicated that it has taken steps to mitigate future issues and that no further projects are planned using Tesla solar panels.

A Tesla spokesperson has provided a statement about Amazon’s claims, stating that necessary steps have been taken to ensure that the e-commerce giant’s remaining Tesla solar installations are functioning as safe and reliably as possible. The representative also noted that the fire reported by Amazon was an isolated incident.

“All 11 Amazon sites with solar from Tesla are generating energy and are proactively monitored and maintained. Last year, there was an isolated event that occurred in an inverter at one of the Amazon sites. Tesla worked collaboratively with Amazon to root cause the event and remediate. We also performed inspections at the other sites, which confirmed the integrity of the systems. As with all of our commercial solar installations, we continue to proactively monitor the systems to ensure they operate safely and reliably,” Tesla noted.

Amazon, for its part, has not issued a response to Tesla’s statement as of writing.

Tesla’s statement about Amazon’s solar fire report comes as the company’s litigation with Walmart remains ongoing. A joint statement was put forth by the companies since the initial Complaint was filed, indicating their desire to find a resolution.

“Walmart and Tesla look forward to addressing all issues and re-energizing Tesla solar installations at Walmart stores, once all parties are certain that all concerns have been addressed. Together, we look forward to pursuing our mutual goal of a sustainable energy future. Above all else, both companies want each and every system to operate reliably, efficiently, and safely,” the two companies wrote.

Given the heated nature of both Tesla’s and Walmart’s positions on the issues, the joint statement may not have much real-world effect; however, neither party likely wants all of their internal issues deliberated in a litigated public forum. For instance, the deposition phase may reveal Walmart is quite negligent in their rooftop maintenance and had more of a financial interest in breaking its contract with Tesla than repairing the issues representing a miniscule percentage of its solar installations.

Other activities related to the solar panel fires look as though they may be related to Tesla’s “Project Titan” undertaking wherein 1% of third-party parts were found to have exhibited abnormal behavior. A Tesla representative explained that Tesla’s software-monitoring applications found that a small number of Amphenol H4 connectors experienced failures and disconnections higher than their standards allowed. Since the connectors regulate the flow of energy and heat to the solar panels, failures from this part can lead to overheating and fires.

“A portion of SolarCity-installed modules and optimizers from various manufacturers were made with H4 connectors from Amphenol, a part that was commonly used across the industry at the time,” the Tesla representative was quoted as saying. Project Titan’s primary objective was to refurbish or replace this part with MC4 connectors as a remediation effort to preemptively address potential issues. As of April 2019, Project Titan was still underway.

Tesla’s 400-mile Model S is a subtle update, but it’s a chilling reminder to...

Get Ready for Electricity at the 2019 Geneva Motor Show