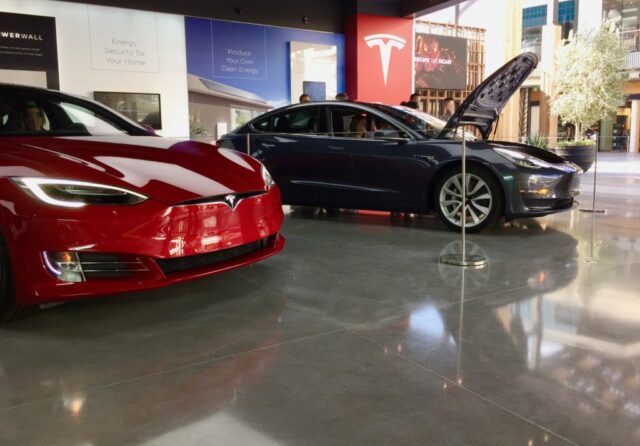 Tesla has had a permit for a new Service Center from the East Hartford, Connecticut Planning and Zoning Commission revoked after a local dealership voiced concern regarding direct-to-consumer sales laws.

The East Hartford PZC voted to approve the Tesla Service Center, which would be located at 300 Connecticut Boulevard, last April. However, the decision was ultimately revoked after Hoffman Auto Group, a company with a string of local dealership locations, argued Tesla was attempting to loophole its way through laws that prohibit automakers from selling directly to customers. Currently, 300 Connecticut Boulevard is a Volvo dealership.

The lawsuit, which was first reported by the Hartford Business Journal, names Tesla, the East Hartford PZC, and the firm working with Tesla on the project as defendants. Hoffman Auto Group claims in its suit against Tesla that the automaker was hiding its true intent — to sell vehicles to people directly, violating state laws — by filing applications that had little or misleading information.

PZC Chairman John Ryan confirmed in the report that, since Tesla’s permit was revoked, the property now is in control of its previous owner. The property was previously owned by Gengras Motor Cars. Tesla never officially purchased the building or property at 300 Connecticut Blvd., according to property records.

After pulling the permit from Tesla, Hoffman Auto Group said yesterday (via HBJ):

“We applaud East Hartford’s decision to revoke the town’s previously issued approval thereby preventing Tesla from pursuing the 300 Connecticut Boulevard location in defiance of Connecticut law and local zoning restrictions. It supports our position that the approval was wrongfully obtained, and that Connecticut law does not allow manufacturers to sell cars directly in Connecticut. The Hoffman family of 10 auto dealerships along with more than 250 other dealers statewide remain committed to defending this state’s pro-consumer franchise system which fosters healthy competition on a level playing field and will continue to resist global manufacturers from illegally entering our state in a way that would deprive local consumers of many of the protections they currently enjoy.”

Tesla and other automakers with direct-to-consumer sales platforms have sparred with various State government agencies across the country to resolve the issue. Consumers have stated for years that buying a vehicle from a dealership is one of the most stressful events in life. A 2016 study found that 34 percent of people would rather wait in line at the DMV than buy a car. 26 percent of people would rather do their taxes. 52 percent of Americans feel anxious or uncomfortable when at a car dealership.

Tesla currently operates two other locations in Connecticut: a Service Center in Milford and a Showroom in Greenwich.

VW ID. Hatchback Strips Down Its Camo Before Pre-Orders Open