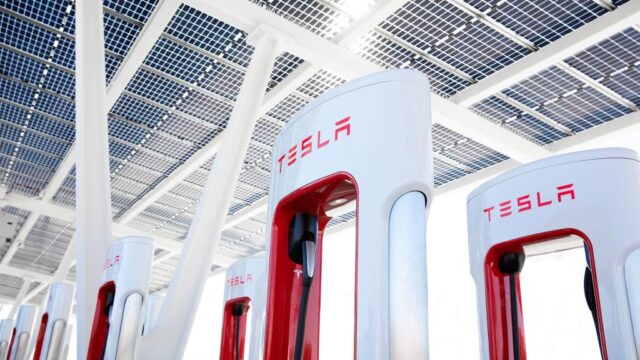 At the beginning of the year, there were signs that Tesla planned to significantly expand the Supercharger Network. And by the end of the year, Tesla could be reaping the benefits from its SuperCharger expansion.

Recently, Elon Musk confirmed that Tesla plans to open the Supercharger Network to other EVS by the end of 2021.

We created our own connector, as there was no standard back then & Tesla was only maker of long range electric cars. It’s one fairly slim connector for both low & high power charging. That said, we’re making our Supercharger network open to other EVs later this year.

“That said, we’re making our Supercharger network open to other EVs later this year,” Musk replied to a tweet by a Tesla enthusiast.

Opening the Supercharger Network could be quite lucrative for Tesla. Musk did not mention how much it would cost non-Tesla owners to charge at a Supercharger station, but it would add another form of income stream for Tesla nonetheless.

He also explained the reason Tesla created its own proprietary charging connector. “We created our own connector, as there was no standard back then & Tesla was [the] only maker of long range electric cars,” Musk explained.

Tesla’s Supercharger Network addressed a necessity in the transition from ICE to electric vehicles. When it was first introduced, the concept of rapid charging stations for EVs was not common.

As of this writing, Tesla has installed more than 25,000 Superchargers around the globe. Tesla China’s Supercharger team built stations leading all the way to the base camp of Mount Everest. Supercharger V3 has cut the waiting time for charging to 200 miles of range in just 15 minutes as well.

The global reach of Tesla’s Supercharger Network would likely attract EV owners to use the service. As such, Tesla has an advantage compared to other charging networks, including formidable ones like Electrify America in the United States and the IONITY Network in Europe.

The Teslarati team would appreciate hearing from you. If you have any tips, reach out to me at maria@teslarati.com or via twitter @Writer_01001101.

The post Tesla Supercharger Network will open to other EVs this year appeared first on TESLARATI.