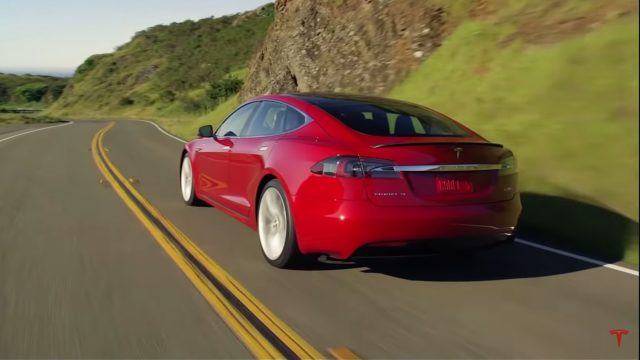 Morgan Stanley analysts called the Monday rally “extraordinary” in a letter to investors. The financial firm’s previous price target for TSLA stock was $1,200.

After Tesla managed to deliver 90,650 vehicles in Q2 despite a lengthy shutdown at the company’s Fremont production facility, Morgan Stanley’s Adam Jonas believes the company is now less of a risk than investing in other carmaker’s stock. Considering Tesla’s performance during the COVID-19 pandemic, it is not surprising to see the company’s outlook is positive.

“Tesla has demonstrated one very powerful differentiating quality versus many of its auto peers: demand is holding up better,” Jonas said in a note to investors according to TheFly. His company’s re-rating of Tesla’s price per share “is happening with extraordinary speed, even by Tesla’s own historic standards.”

The company’s stock has risen about 40% in less than three weeks, surging because of numerous announcements made by CEO Elon Musk. On June 10, Musk shared an email with employees of the Fremont facility, indicating that it was time to bring the long-awaited Tesla Semi to “volume production.” This announcement was timely and strategic considering competitor Nikola Motor Company was gaining traction with its Initial Public Offering happening just days before Musk’s circulated email.

After Musk’s announcement regarding Semi production, the company’s stock crossed $1,000 per share for the first time in Tesla’s short but rich history.

Surprisingly, even though Morgan Stanley analysts have raised their bullish price target by nearly 60%, the Wall Street-based firm still does not recommend buying shares of the automaker’s stock.

Jonas has several concerns about Tesla’s long-term performance. The Morgan Stanley analyst believes that the company may have trouble holding onto a profit in China, and could have issues competing with other tech and automotive companies who hold interests in developing electric cars and autonomous driving technology.

Demand in China continues to grow, and Tesla is focusing on building the second phase of its production facility in Shanghai. Once finished, Tesla will then introduce the Model Y crossover to the Chinese market, which is the largest in the world.

Although other companies do have EV tech and autonomous driving capabilities, Tesla is the industry leader in both categories by a considerable margin. Tesla is currently the only electric automaker to obtain a 400-mile EPA range rating in an electric vehicle, which the Model S Long Range Plus holds presently. The company has also made significant strides in terms of battery production and technology, which will bring the cost of its fleet down while offering better performance and range.

Why Own A Fancy Car When Getting From A To B Becomes An On-Demand...