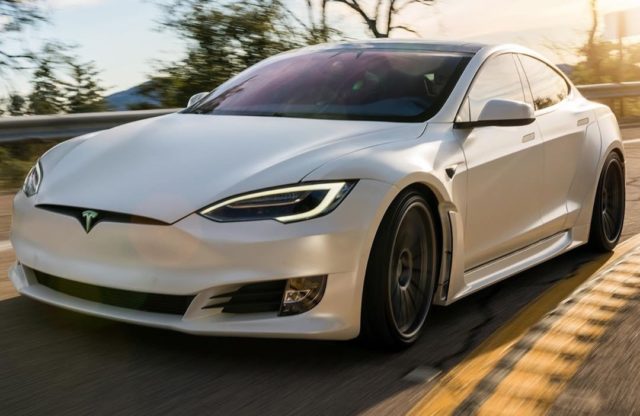 Tesla (NASDAQ: TSLA) recently received an optimistic price target of $1,200 from Jefferies analysts Phillippe Houchois, on the basis that the COVID-19 pandemic will accelerate the transition to sustainable transportation and energy. Jefferies’ previous price target for the electric automaker was $650 per share.

Houchois maintained a “Buy” rating for TSLA stock as well, indicating that “Tesla is still the only legacy-free OEM engaged in a positive EV sum game.”

In the EV sector, no company continues to improve as quickly as Tesla. The company, headed by CEO Elon Musk, has established itself as the leader in electric transportation and sustainable energy. Tesla’s demand in the U.S. and China has remained strong despite the recent pandemic, which has slowed the automotive industry as a whole.

“Against expectations even a few months back, the gap with peers is widening, from product to battery tech/capacity,” Houchois said, according to StreetInsider.

Tesla has continued to develop and improve its vehicles through battery technology improvements. While the company’s flagship sedan, the Model S, recently became the first electric vehicle to ever receive a 400-mile range rating from the EPA, Tesla also continues to solidify healthy relationships with battery suppliers in the U.S. and beyond.

It also appears that the company’s cell supply shortage is coming to a close. After Elon Musk sent an email to company employees last week stating that the Semi should enter “production volume,” it is clear the bottleneck of battery cell production may be over. After this announcement, TSLA stock broke the $1,000 barrier for the first time in company history.

Tesla continued to thrive throughout the COVID-19 pandemic despite a failing automotive market. Because of a high unemployment rate and pauses in vehicle manufacturing, some of the largest carmakers in the world felt the effects of slowing sales. However, Tesla managed to record some of its most successful months in China during this time.

In China, March and May were some of Tesla’s highest-selling months, as the Made-in-China Model 3 sedan maintained itself as the most popular electric vehicle in the world’s largest automotive market. The only month where Tesla struggled in China was April, but it was mostly because the company announced price drops that would take effect in May. These cuts in vehicle pricing would qualify the Model 3 Standard Range+ for government incentives.

In the U.S., Tesla is currently working on ramping its Model Y crossover, the newest vehicle in its fleet. In Austin, Texas, and Tulsa, Oklahoma, city officials are vying for the opportunity to house Tesla’s next production facility. The new plant will manufacture the Cybertruck, Tesla’s first pickup, and the Model Y for East Coast customers.

Tesla Launches Full Self-Driving Subscription, Even Though It Is Nowhere Near Achieving Full Autonomy