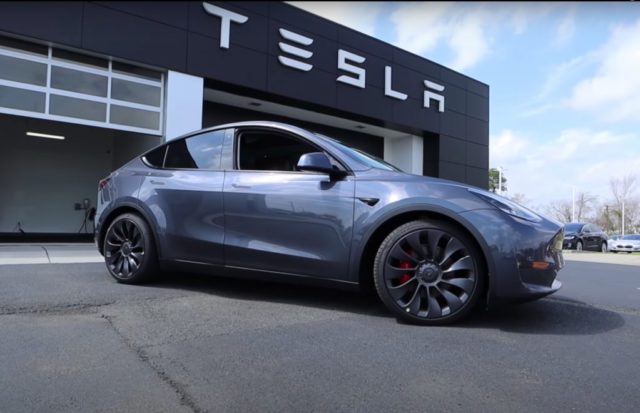 Tesla (NASDAQ: TSLA) will report its Q2 2020 performance in an Earnings Call on Wednesday, July 22, 2020. Ahead of the call, investors and supporters of the electric automaker will be waiting to see if the company will turn its fourth straight profit, which would be a company record.

However, four things could ultimately affect Tesla’s performance during the second quarter of the year, which could lead to the company’s inclusion in the S&P 500 index. TheStreet believes that investors should pay attention to these four themes in the Q2 2020 Earnings Update Letter and Call.

Tesla has reduced the prices of all four of its available vehicles so far in 2020. The move stimulated demand for the company’s electric cars, but analysts are conflicted about whether the strategy was a good business move or an indication that demand is lagging. However, it more than likely is not the latter, as Tesla managed to deliver 90,650 vehicles in the second quarter, beating Wall Street estimates handily. The company’s revenue for Q2 compared to its overall delivery figure for the quarter will give more insight into what the price cuts did to Tesla’s demand.

TSLA shares have continued to rise in value nearly every day for the past few months. The run is particularly incredible because it has mainly occurred during the COVID-19 pandemic, which continues to tear through the United States, where the electric automaker is based. With the company’s surge in price per share, Tesla has overtaken Toyota as the most valuable automaker in the world. The company’s bulls believe Tesla can scale production around the globe, and the company is certainly looking to do that. With plans to open another production facility in the U.S. soon, Giga Berlin under construction, and rumors of another Asian and U.K. located factory in the works, there is no reason to believe that the company can’t assume worldwide success.

China has become one of the main parts of Tesla’s success as an automaker in 2020. The company currently only produces the Model 3 at Giga Shanghai now, but the vehicle has been selling well according to figures from the China Passenger Car Association (CPCA). Tesla will look to expand its production to the Model Y soon as it is building the Shanghai factory’s “Phase 2” currently. Dan Ives, an analyst for Wedbush Securities, said, “strong Model 3 demand out of China remains a ray of shining light (and we believe was a clear standout in 2Q) for Tesla in a dark global macro.” He also believes that Tesla could deliver 150,000 vehicles this year in China alone.

Giga Shanghai is currently holding a 200,000 annual vehicle production rate, Tesla said in the Q1 Earnings Call. It will be interesting to see if that number has increased.

Tesla has managed to power through the COVID-19 pandemic with relatively small amounts of damage. However, the company’s outlook for all of 2020 has not been updated. Both the Fremont and Shanghai production facilities were closed for one and a half months, and two weeks, respectively. The company expected to deliver 500,000 cars this year, but in the first half of the year, only 179,000 were successfully given to consumers. Tesla said it would modify its full-year guidance in Q2 during the Q1 Earnings Call, so the revisions to the company’s goals will likely be included with the Update Letter.

Saturday links: the rules of physics