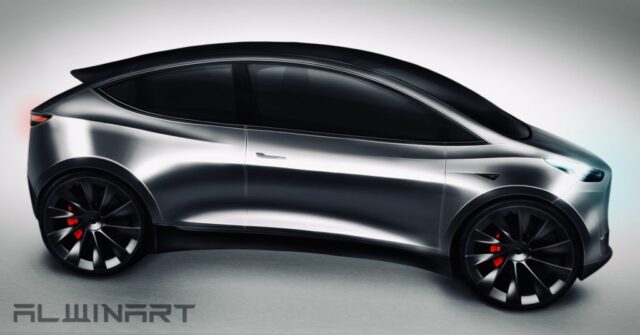 Tesla’s Gigafactory Shanghai is now the company’s primary export hub, which means that for the near future, at least, the expansive facility would be producing cars for both the local market and foreign territories. To accomplish this goal, Tesla China would have to ensure that it gets access to a reliable supply chain that would enable Giga Shanghai to produce vehicles with as few interruptions as possible.

With this in mind, it was pertinent for Tesla China to increase the localization of parts for the Made-in-China Model 3 and Made-in-China Model Y. And for the most part, the company has accomplished this goal. Previously, rumors from local media outlets noted that Tesla was already at 90% localization in Giga Shanghai. This information has now been confirmed by the Lingang New Area Party undersecretary, who noted that the facility’s localization rate should reach 90% by the end of 2021.

With a fully localized supply chain, Giga Shanghai could effectively play the part of the company’s export hub, producing vehicles for both the local Chinese and international markets. This would likely be beneficial for Tesla as a whole, as Giga Shanghai’s vehicles have been lauded for their precise build quality and their capability to weather extreme conditions like deep floods. A highly localized supply chain would likely allow the company to pursue even more ambitious projects as well, such as the highly-anticipated $25k Tesla.

The $25k Tesla is the company’s most ambitious vehicle yet. Smaller and more affordable than the Model 3, the $25k Tesla is expected to be produced in numbers that the company has never attempted or attained before. It’s also set to compete in a market where cost is king, with buyers in the segment likely prioritizing affordability over performance and features. It would then take a strong supply chain and some serious mass manufacturing strategies to ensure that the $25k Tesla is as profitable as its siblings like the Model 3 and Model Y.

Reports from China are suggesting that the $25k Tesla is drawing closer. Earlier this month, Tesla China announced that its R&D Center is about to go online soon. This came just days after prolific auto leaker claimed that a prototype of the $25k Tesla had already been completed. As early as January, Chinese media outlets have also shared information pertaining to the upcoming car, stating that the company’s environmental impact assessment for the vehicle is already ongoing and that the first prototypes of the car would likely be tested in the latter half of the year.

NY Times reporter says he interviewed Jeffrey Epstein one year before he died. The...