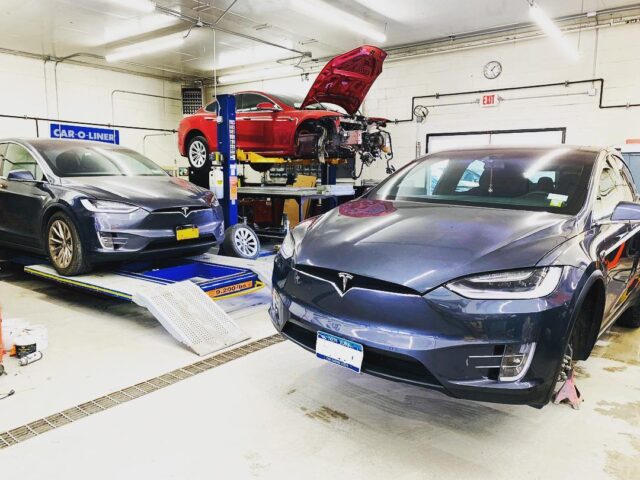 Tesla CEO Elon Musk recently pledged to expedite the company’s ramp of its physical service centers, even as the company expands its mobile service fleet.

A Tesla Model 3 Performance owner asked Elon Musk when Tesla would open more service centers in the Northeastern United States. The owner, @JeffTutorials, informed Musk that he received a wait time of three or more weeks for just an appointment with a service center. Jeff wanted to replace the front upper control arm of his Model 3 and believed it could not be done via Tesla Mobile Service.

“Thank[s] for bringing this up. Tesla will expedite service center openings. Have you tried our mobile service that comes to you,” replied Elon Musk.

Thank for bringing this up. Tesla will expedite service center openings. Have you tried our mobile service that comes to you?

During the Q4 2020 earnings call, Automotive Director Jerome Guillen said Tesla hoped that the Mobile Service team would address 50% of customer service needs in 2021. According to Guillen, Tesla planned to open 46 new service centers in North America in the first half of 2021. In retrospect, 46 service centers may not be enough to accommodate Tesla’s growing customer base in the United States, and even more would be needed to address service needs around the globe.

Tesla is working with third-party repair shops to deliver service to customers. However, it would take experience and knowledgeable technicians to service a Tesla properly.

Lately, Tesla seems to be considering other service options it can provide to owners as its customer base grows. Last week, Tesla quietly debuted service subscriptions, which included a diagnostic software package that could help owners make minor repairs on their own at home.

Tesla’s big battery in South Australia is about to bring more pain to coal...

Elon Musk says dogecoin fees have to fall for it to become a viable...