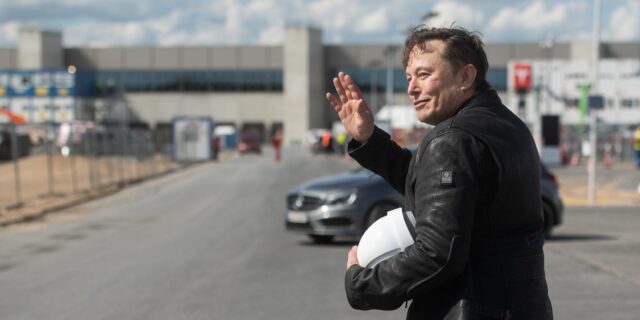 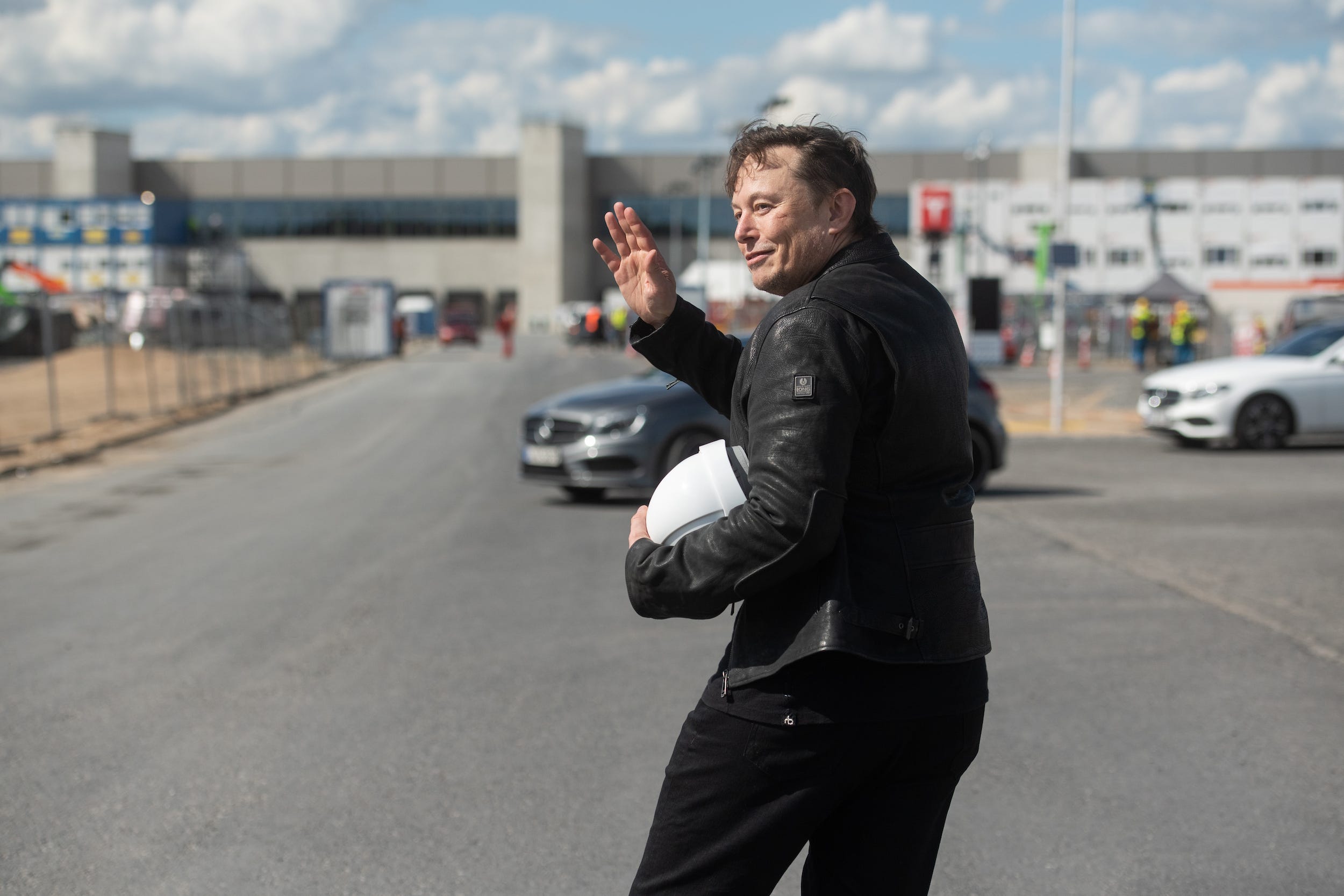 Tesla's new factory outside of Berlin, Germany, was supposed to open on July 1.
Permitting issues and environmental activists have delayed the plant's opening.
Tesla plans to churn out 500,000 cars at the plant, which is critical to its European strategy.
See more stories on Insider's business page.

"Deutschland rocks," Elon Musk told reporters during a September 2020 visit to the construction site of Tesla's first European car plant. Nearly a year later, Gigafactory Berlin's planned July 1 opening date has come and gone, and there's no word yet on when it will open.

Since beginning work on the sprawling plant in early 2020, Tesla has faced setback after setback over issues like environmental impact and permitting. It all means that Tesla is way behind schedule in opening up the factory, the cornerstone of its European strategy where it plans to churn out half a million cars annually.

With traditional carmakers like Volkswagen, BMW, and Mercedes-Benz doubling down on electric cars and breathing down Tesla's neck, the company likely wants to avoid any more stumbles. But it remains unclear when the plant will open its doors.

Tesla has hit one bureaucratic slowdown after another since it broke ground in the small town of Grünheide, near Berlin.

In December, Tesla was forced to temporarily stop constructing parts of the plant after it failed to pay a €100 million deposit on time. In June, it had to resubmit permit applications to account for a battery-production facility. The public now has until August 16 to review the documents and file any objections, according to the Brandenburg State Office for the Environment. 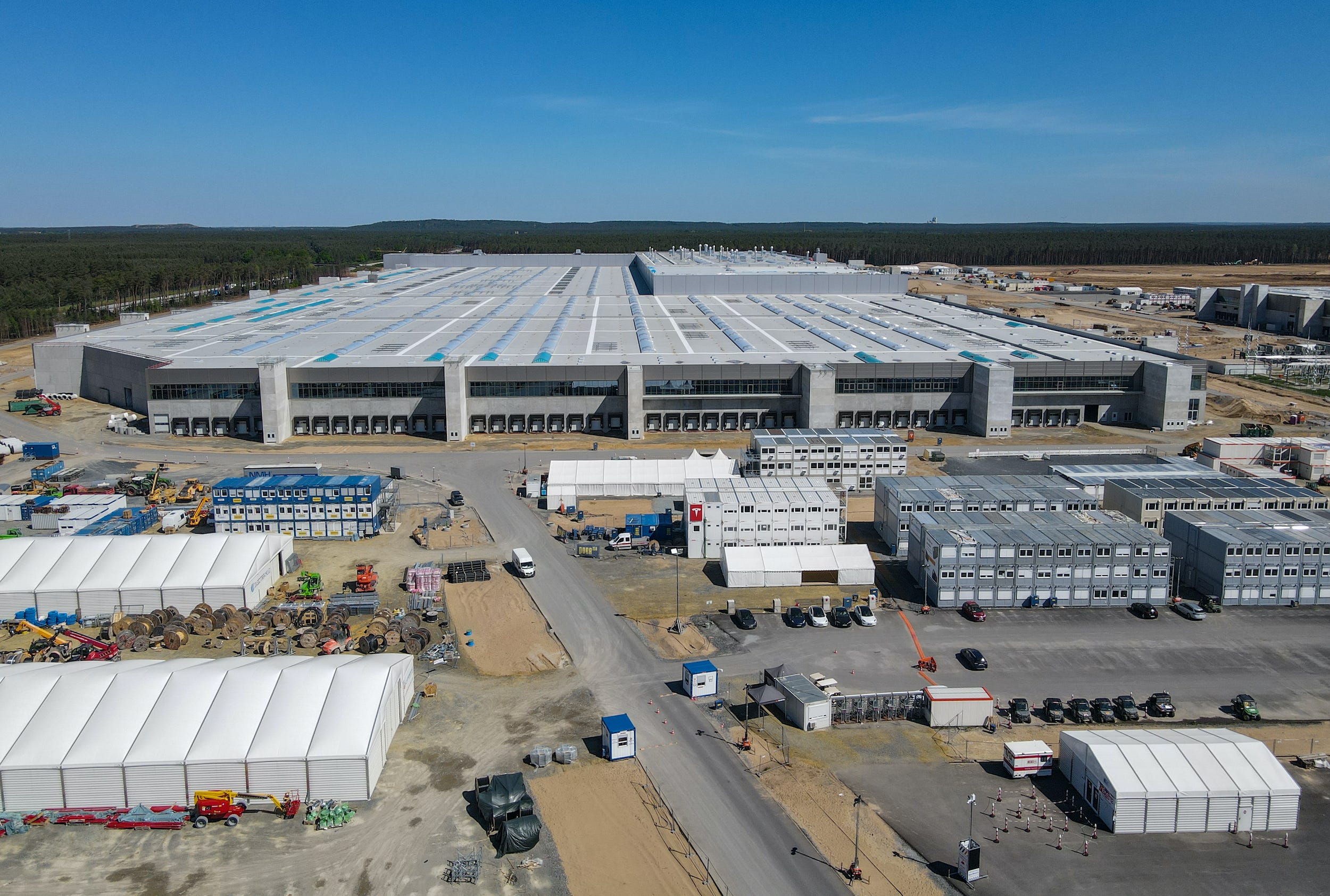 A drone photo of the Gigafactory Berlin construction site on May 30, 2021.

This whole time, Tesla has been building the factory under a series of provisional permits – at its own financial risk – as it waits for full approval from the environmental authority in Brandenburg. Theoretically, it would have to dismantle the plant if the project isn't given the green light, and it's unclear when Tesla will get full authorization.

Tesla has gotten fed up with the delays. In April, the company sent a letter to the Brandenburg state government complaining about the "irritating" approval process that had begun 16 months earlier, Bloomberg reported.

The problems haven't gone unnoticed by Musk, either.

"I think there could be less bureaucracy, that would be better," the CEO told reporters at the Grünheide site in May.

A battle over lizards

Tesla has also met fervent opposition from environmental groups who are concerned about the mammoth plant's impact on the local wildlife and water supply. Activists have mounted demonstrations and gone through the courts to make their voices heard.

In February 2020, as Tesla prepared the site for construction, a German court ruled that the company had to temporarily stop clearing trees while it considered objections from the Green League. Courts told Tesla to suspend deforestation efforts again in December after activists complained that construction was disturbing the habitats of hibernating snakes and lizards. 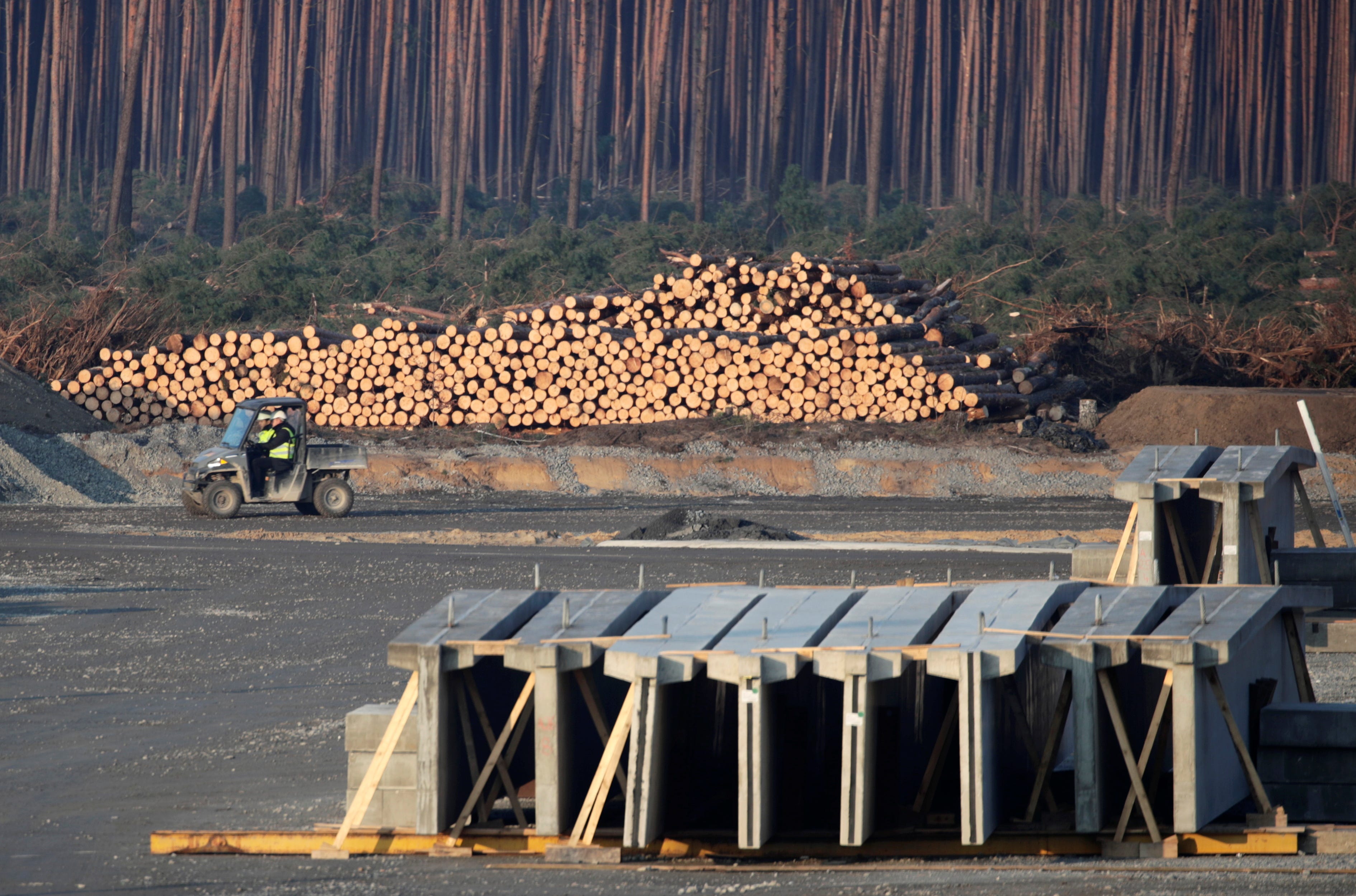 A view of the Tesla Gigafactory construction site in Gruenheide near Berlin, Germany, December 8, 2020.

Environmentalists are also worried about the plant's effect on the local water supply since part of it is located in a drinking-water protection area. Tesla has revised down its water demands.

While Tesla's sky-high share price makes it the most valuable car company on the planet, it didn't earn that title by selling the most cars. Far from it.

The company moved a record 500,000 vehicles in 2020. Some of the world's largest automakers sell that many of a single model. Expanding production volumes and ramping up sales is crucial to Tesla's future profitability, especially as legacy manufacturers and startups begin to flood the market with new EVs.

So when will Gigafactory Berlin get up and running?

In April, Musk said Tesla could start limited production at the plant by the end of the year. But, as Musk himself admits, he's not the best with predictions.

Personalization Strategy: Past, Present And Future