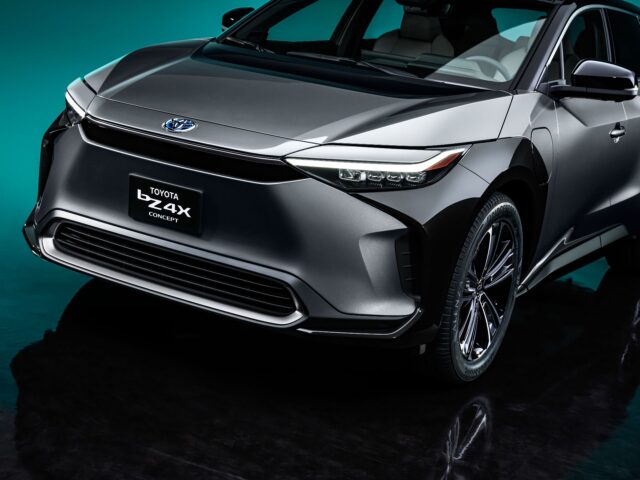 Toyota Chief Scientist and Toyota Research CEO Gill Pratt recently shared his thoughts about the climate crisis, as well as the need to reduce carbon emissions in the transportation sector. The executive is quite knowledgeable about sustainable vehicles, as evidenced by the three cars he currently owns: a Toyota Sienna Hybrid, a RAV4 Prime Plug-In Hybrid (PHEV), and an all-electric Tesla Model X.

In a post on Medium, Pratt urged readers to follow the science and acknowledge that a diversified approach to battling climate change is more preferable than a transition to pure electric cars like his Model X. The executive cited the cost of battery production, the need for natural resources, and the emissions of battery manufacturing as reasons for his stance. He also noted that while he loves his 300-mile Model X, his vehicle’s large battery is pretty much wasted on an everyday basis since its range is usually not utilized fully.

“I love my Tesla Model X BEV. But commuting 30 miles in it every day — the average US commute — and recharging it every night is wasteful of the carbon reducing potential of most of its over 300 mile range battery. Sometimes we take the Tesla on long trips. But most of the time, 90% of its battery cells aren’t doing any good, and would reduce carbon much more if they were harder at work in other types of electrified vehicles, including HEVs or PHEVs,” the Toyota Research CEO wrote.

With this in mind, Pratt argued that it would be more efficient if batteries are distributed to more “right-sized” electrified vehicles instead, including hybrids and PHEVs. The cells that could go on one Tesla, for example, could instead be used for several electrified cars. “We hardly ever put gas into our RAV4 Prime PHEV, which has a battery ⅙ as large as our Model X BEV. For the same investment in batteries as our single Model X, five other RAV4 Prime customers could reduce their carbon footprint too,” Pratt explained.

The Toyota executive did note that he is a proponent for increased battery production, the lowering of the carbon footprint of electric power plants, and the expansion of rapid charging stations. However, Patt also argued that in many countries, a lot of the easier carbon reduction of electric power plants had already been achieved by converting them to natural gas, effectively lowering their carbon output by half. Replacing the plants with new nuclear, wind, and solar facilities would be more difficult and more costly, added the Toyota Research CEO.

Ultimately, Pratt noted that he and Toyota believe that the transition to pure electric vehicles, such as those planned in Europe and areas like China, is not the right way to battle climate change. He then noted that in the fight for sustainability, carbon should be seen as the enemy, not the internal combustion engine, as PHEVs and hybrids would, in some parts of the world, generate comparable or even less emissions than pure electric cars.

“I believe, as does Toyota, that it would be a tremendous mistake for governments around the world to prescribe narrow solutions like insisting that all vehicles be BEVs. Instead, the better solution is to allow manufacturers to innovate across a diversity of drivetrains and drivers to choose the low-carbon drivetrain that suits their circumstances best,” he wrote.

While the Toyota Research CEO’s points are notable, the scientist did neglect to mention several developments that are currently ongoing in the battery sector. Battery production costs are going down at a rapid pace, with EVs closing in on price parity with their internal combustion-powered counterparts. The emissions of battery production are expected to be improved over time too, as companies like Tesla innovate and adopt more sustainable technologies such as cobalt-free batteries. Large batteries such as those used in the Toyota executive’s Model X are likely not wasted either despite not being used for their maximum range every day. Battery recycling technologies such as those being developed by Redwood Materials, which is aimed at creating a closed-loop battery supply chain, play a role in making batteries more sustainable as well.