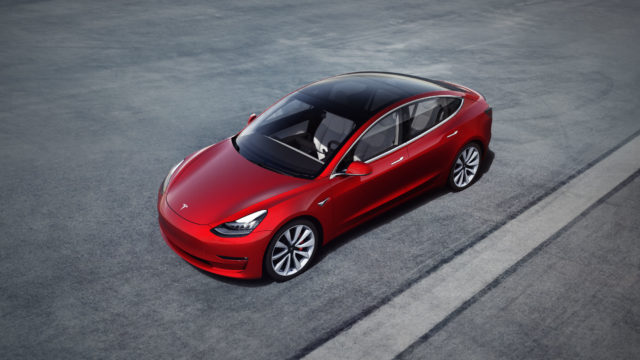 Tesla and Uber both had requests for tariff relief rejected by U.S. trade officials, a decision that will force the companies to pay a 25% tariff or seek new suppliers.

Reuters was the first to report the decision by the office of the U.S. Trade Representatives. TechCrunch previously reported on the Trump administration’s refusal to exempt the “brain” of Tesla’s Autopilot technology from punitive import tariffs.

Last year, the Trump administration imposed 25% tariffs on a range of imports, including electronics, to try to reduce the U.S. trade deficit with China. Tesla and Uber are among the U.S. companies that have requested relief on those tariffs.

Tesla filed at the end of December a request for an exemption on the Model 3’s car computer, including its media control unit, connectivity board and advanced driver assistance system (ADAS) hardware. Uber was seeking an exemption on its Chinese-made electric bikes.

In a May 29 letter, the USTR denied Tesla’s requests, stating that the Model 3 car computer and center screen are products that are “strategically important” or “related to Made in China 2025 or other Chinese industrial programs.”

Made in China 2025 is China’s strategic plan to move away from manufacturing to produce higher-value goods, particularly in the areas of AI, electric vehicles and robotics. The White House has remarked that Made in China is a direct threat to U.S. domestic technology and automotive companies.

Earlier this year, Tesla unveiled a new custom chip designed to enable what it describes as full self-driving (FSD) operation for all of its new vehicles. Today, Tesla vehicles are not self-driving.

However, the hardware is standard in all new Model 3, S and X vehicles and customers can pay an additional $6,000 for the FSD software package. The self-driving hardware lives within the Autopilot engine control unit, or ECU, a module that Tesla describes as the “brain of the vehicle.” This module is assembled in Shanghai, China, by a company called Quanta Computer.

Tesla warned that higher tariffs on the “brain of the vehicle” could cause economic harm to the company.

The other denial was actually a request by a Tesla supplier, SAS Automotive USA, that makes the center screen for the Model 3. The center screen is part of the overall media center unit and includes a 17-inch touchscreen that displays navigation, media, audio, climate control, energy display and all in-cabin controls. The screen is essentially a hub that allows the driver or passenger to control nearly all the functions of the Model 3.

BMW Russia now offers the option to select, configure and pay online for a...