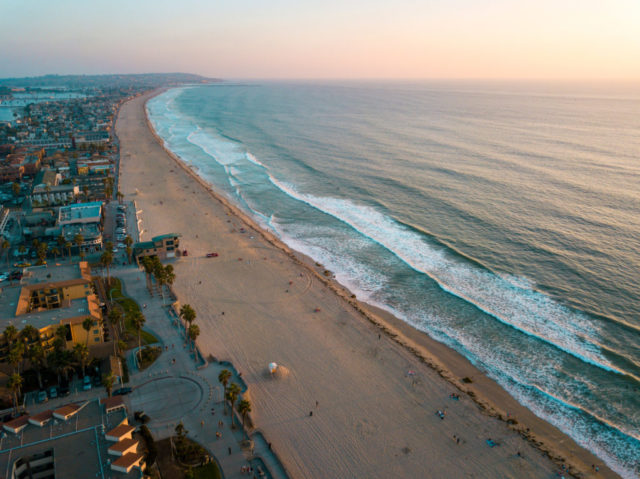 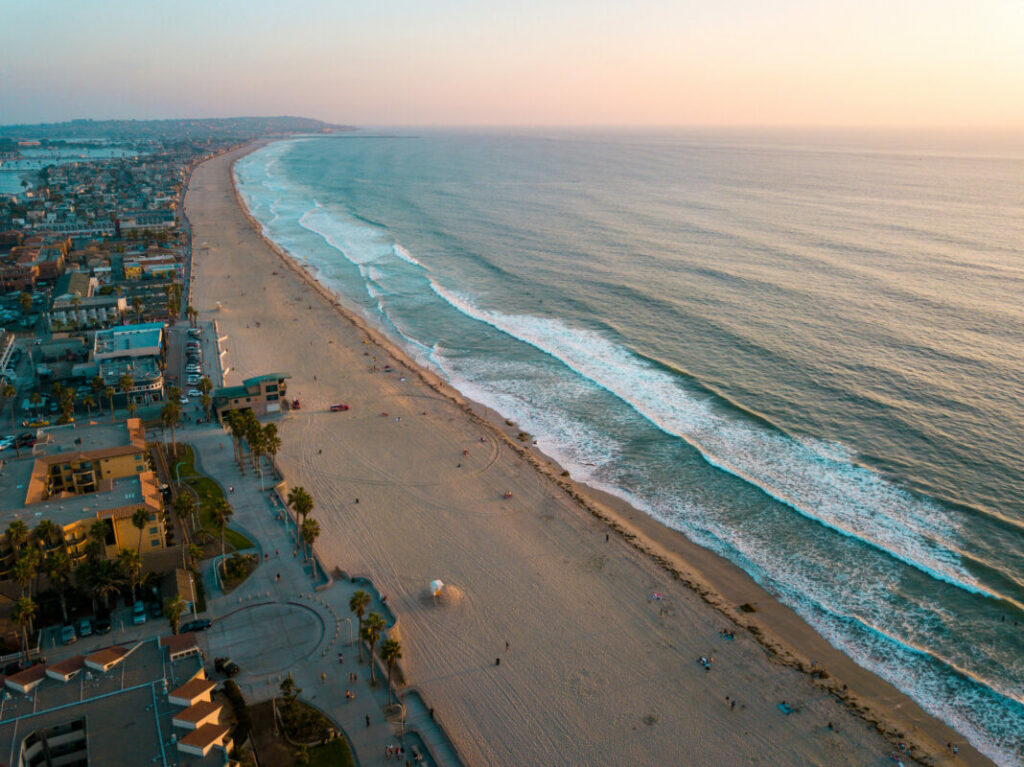 Spectacular weather, the largest economy in the country, and endless entertainment options are just a few of the reasons that more people live in California than any other state. From the sandy SoCal beaches to the forests of towering redwood trees and all of the agricultural land in between, the West Coast offers endless coastline and sunshine. Whether it’s pop culture or politics, the Golden State is a global trendsetter. Dreamin’ of the West Coast? Here’s our list of the best places to live in California. 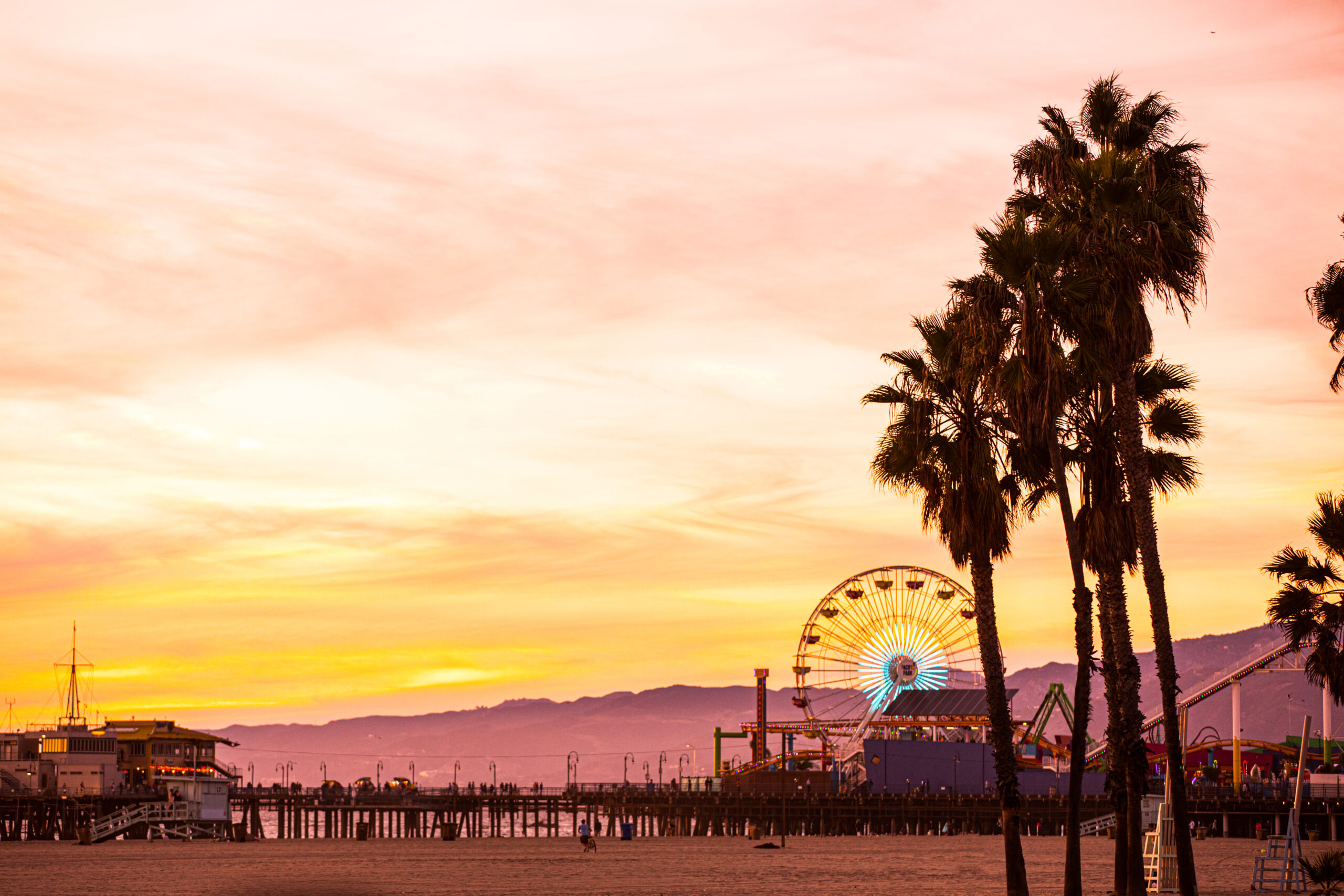 Celeb sightings, eclectic neighborhoods, world-class food, and glorious weather are just some of the oodles of reasons to live in LA. Nearly four million people call this vibrant and diverse city home.

Traffic is notoriously terrible, so it is best to find a job before you find a place so you can choose a neighborhood based on the commute. West Hollywood offers great food, world-class comedy clubs, and LGBTQ nightlife, while Downtown (aka DTLA), the city’s central business district is having a residential renaissance. The revitalized neighborhood is seeing a resurgence of young people, trendy restaurants, boutiques, and entertainment options. Home to four of LA’s pro sports franchises: Lakers (NBA), Kings (NHL), Clippers (NBA), and Sparks (WNBA) the Staples Center anchors a convergence of cultural attractions, like the L.A. Live complex, which includes the Microsoft Theater and the Grammy Museum. 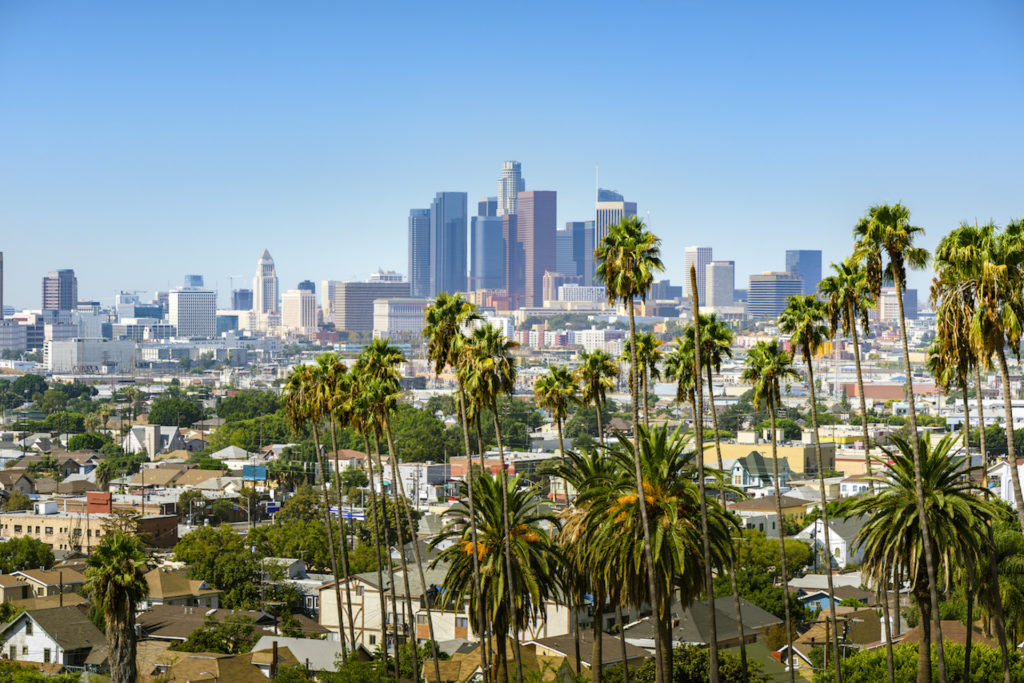 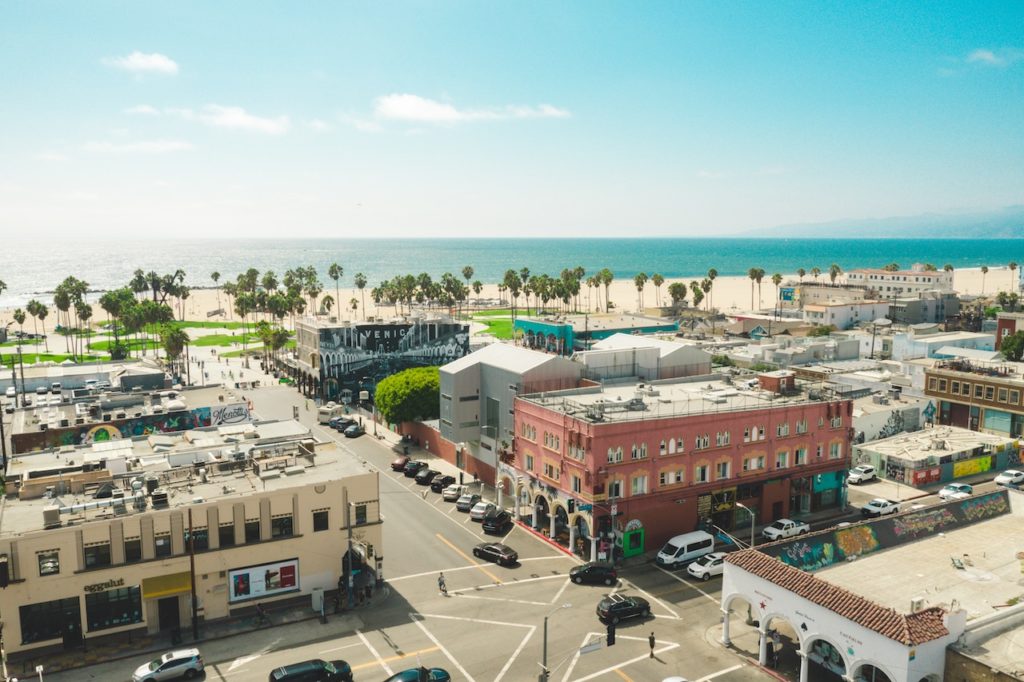 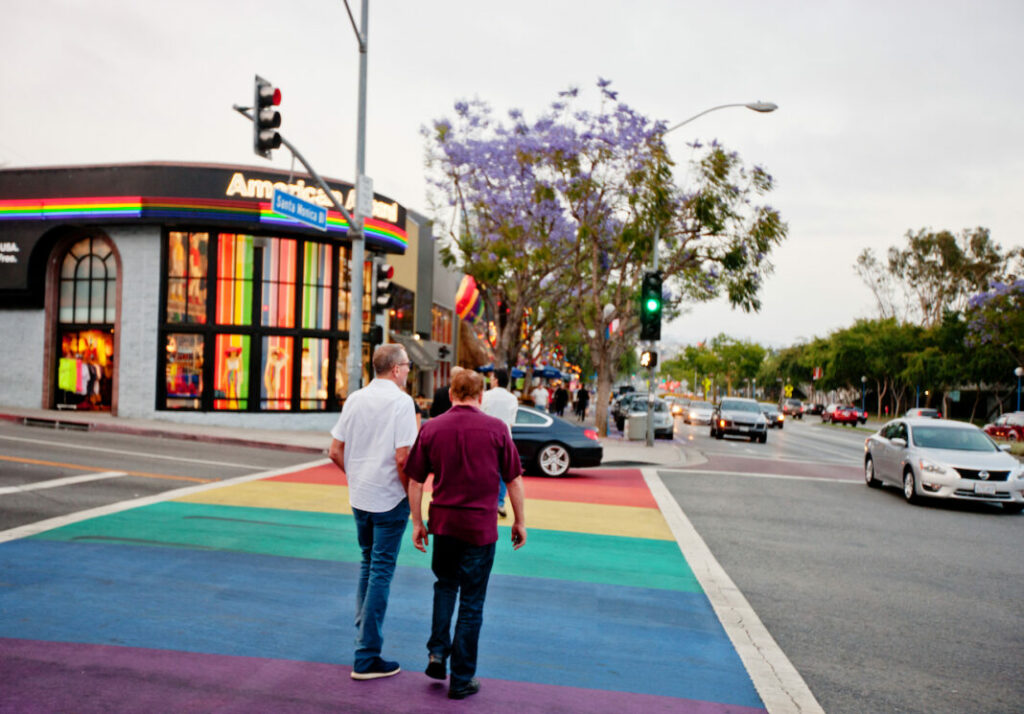 No matter where you choose to live in this sprawling city, you’re never too far from farmers’ markets, music and entertainment venues, hiking spots, and world-renowned restaurants. From food trucks to Michelin-starred restaurants, LA’s bars and restaurants make up not just one of the top food scenes in the country, but in the world. Here, you can have huevos divorciados for breakfast, Korean barbecue for lunch, and Ramen for dinner. Or, wrap everything into one big meal and enjoy bottomless mimosas brunches to your heart’s desire. Additionally, LA’s diverse music scene makes it one of the best cities for music lovers to call home. Situated between the Pacific Ocean shoreline and the Santa Monica, Angeles National Forest, and San Bernardino Mountains, LA has amazing, sunny, 72-degree weather year-round, making it an easy pick for our list of the best places to live in California. 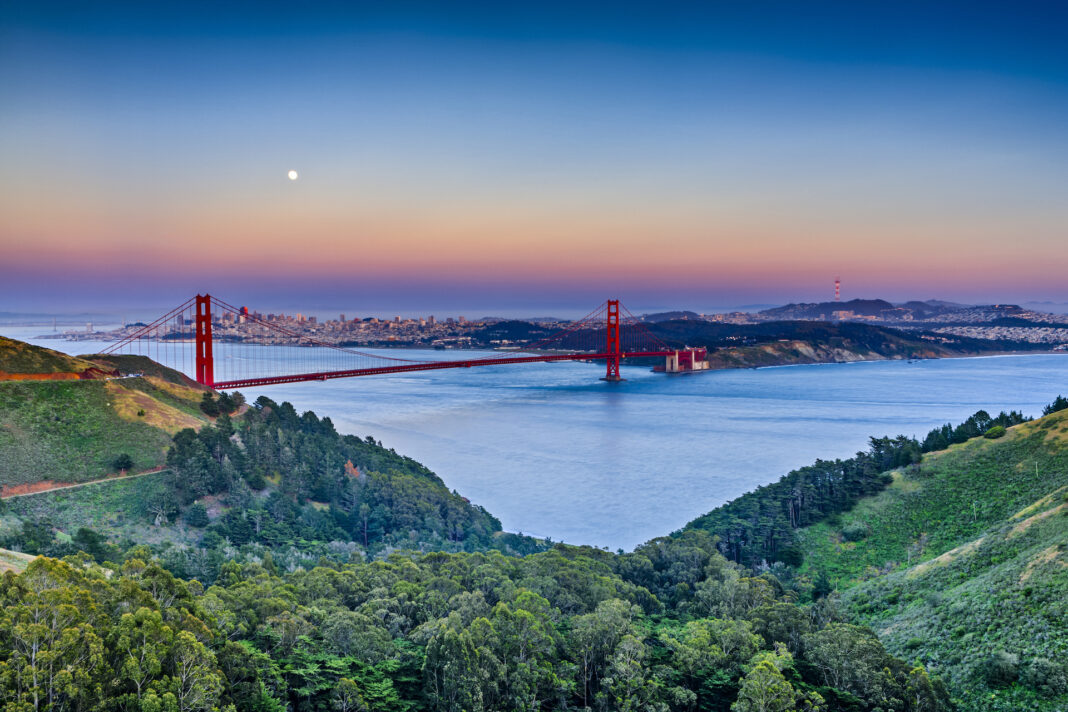 Even though the City by the Bay is known for being hilly, chilly, and foggy, it’s still one of the most sought-after US cities to live. Perhaps that’s because of its proximity to the beach, wine country, Lake Tahoe, and SoCal; or, maybe it’s the city’s amazing restaurants, iconic landmarks, and proximity to the redwood forests in Muir Woods and the Marin Headlands. Either way, the seven-by-seven square mile area boasts the priciest rent rates in the country. With more than 17,000 people per square mile, San Francisco is one of the most densely populated metropolitans in the country outside of New York and LA. Not only is SF the second-most walkable city in the country behind NYC, but with BART, Caltrain, MUNI trains and buses, lots of Lyft drivers, e-scooters, and bikes, it also boasts the best public transit system in the state.

The further away from the city center, the more affordable neighborhoods become. SoMa, the land of startups and luxury condos, is one of the most popular neighborhoods for renters due to its easy commute. Located in the heart of the city, Hayes Valley is another hot locale. This active area is thriving thanks to its easy access to downtown as well as its trendy boutiques, restaurants, and nightspots. The Bay Area includes surrounding cities, such as Oakland in the East Bay and San Jose in Silicon Valley, which draw in residents for their comparative affordability. Speaking of silicon, the Bay is home to some of the biggest names in the tech world, including Tesla, Apple, Yahoo, Facebook, Google, or Netflix, as well as countless startups and the VC firms that fund them. 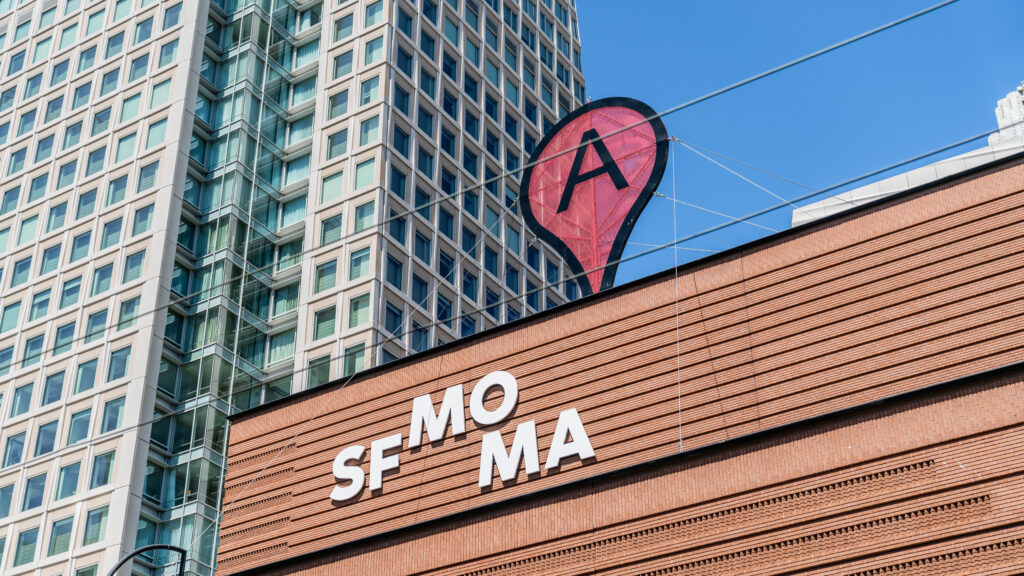 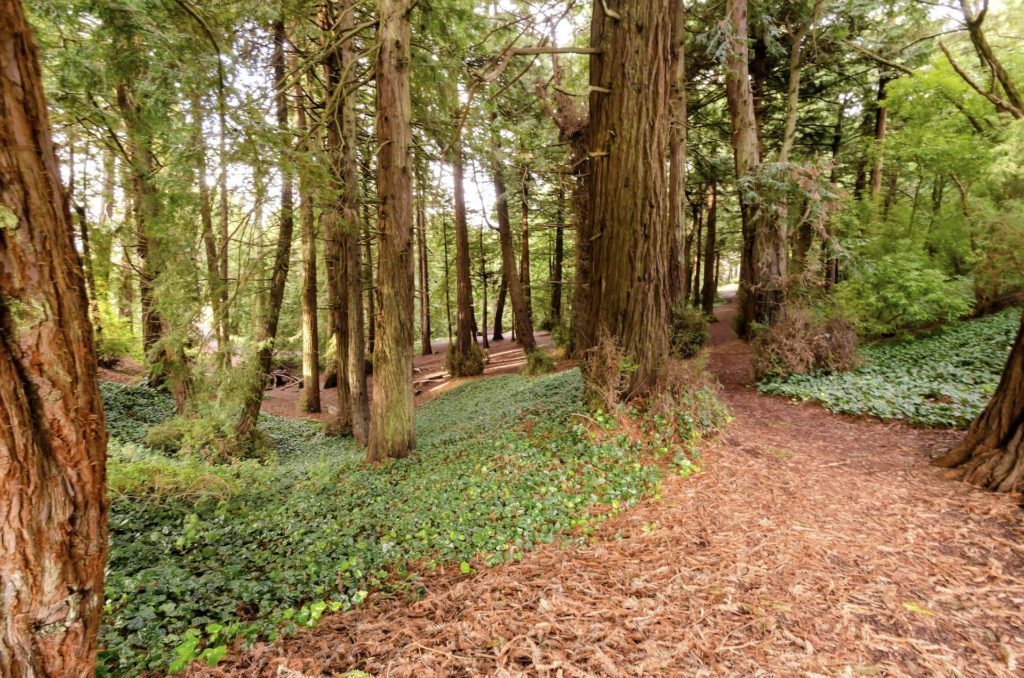 As far as sports go, the Golden State Warriors play at the newly-built Chase Center in San Francisco’s Mission Bay, while the Giants are stationed at Oracle Park just up the road. Consistently mild weather lets locals enjoy the city’s green space, like Golden Gate Park and Dolores Park as well as nearby shoreline, including Baker Beach and Half Moon Bay. Get your culture on at the San Francisco Museum of Modern Art, at one of the city’s many street festivals or concerts, or at “only in SF” celebrations like the clothing-optional Bay to Breakers marathon and naval-gazing Fleet Week. 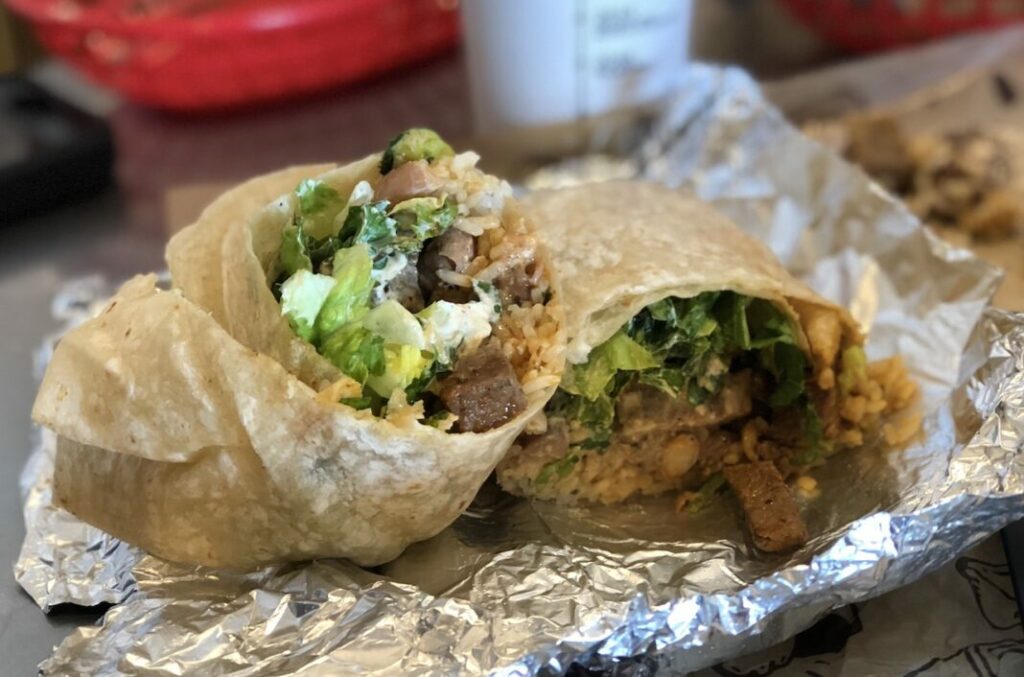 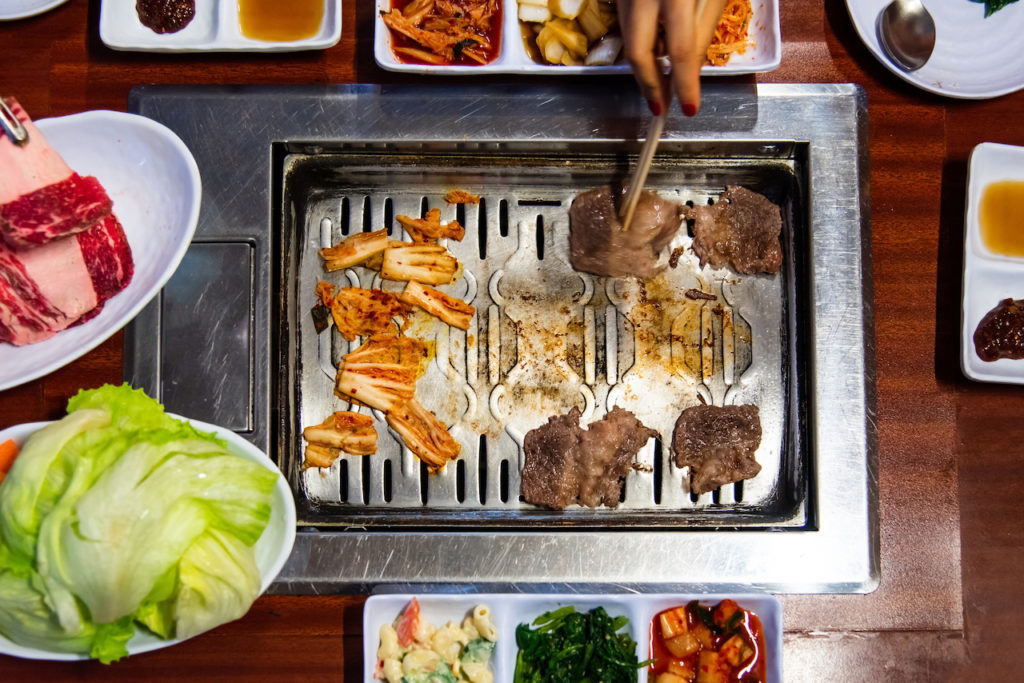 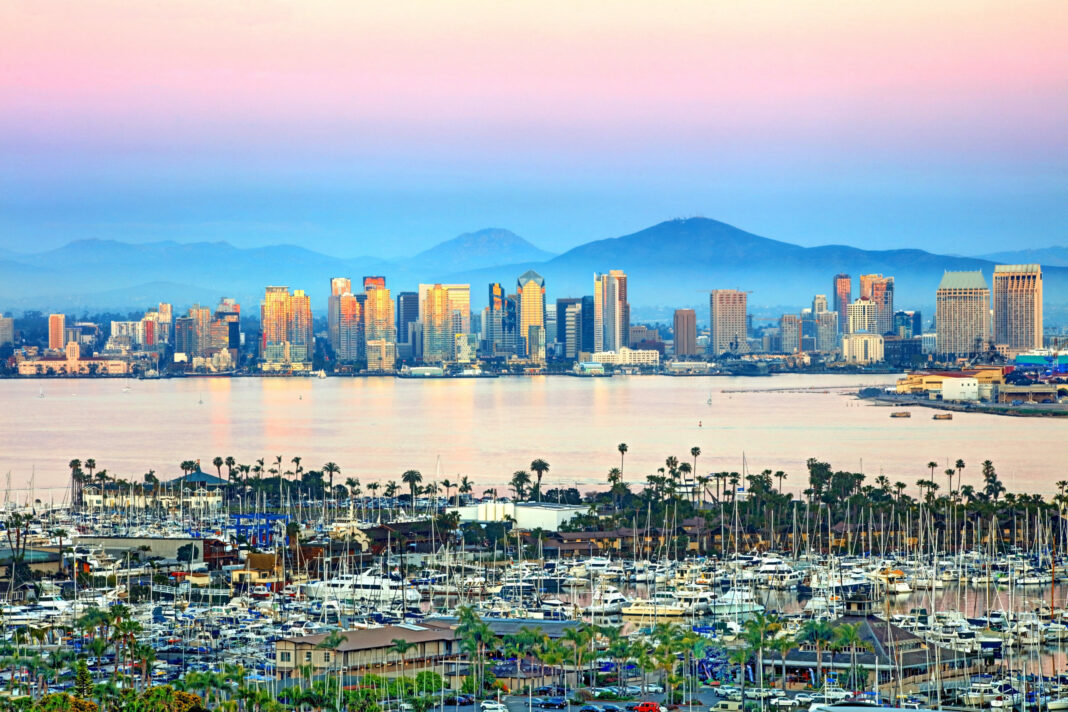 Not only is sunny San Diego one of the best beach destinations in the country, but it’s also the second-largest city in California (behind LA) and the 8th-largest city in the US. In addition to surfing, sunbathing, and swimming, San Diego beaches offer stunning views of the Pacific Ocean, boardwalks with shops and restaurants, and water sports aplenty. Surrounded by 27 miles of sandy shoreline, the 4,200-acre Mission Bay Park is the largest aquatic park of its kind. Sunset Cliffs Natural Park boasts expansive ocean views, cliffs and caves, a cool intertidal area, and of course, stellar sunsets. Across the bridge on Coronado Island, the Navy base makes up a majority of the island’s population. 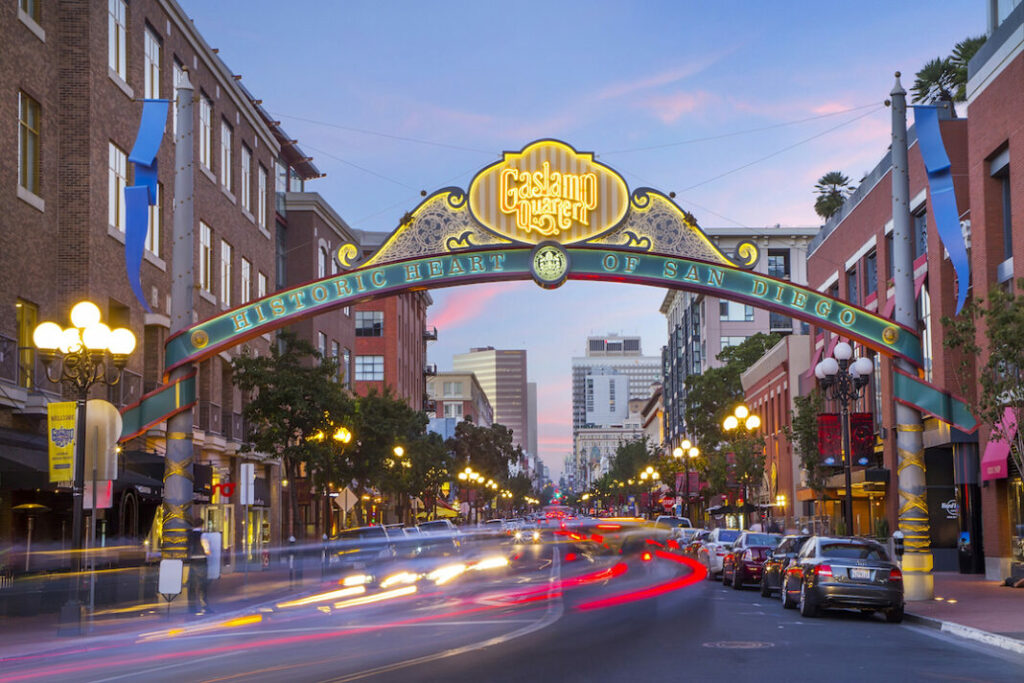 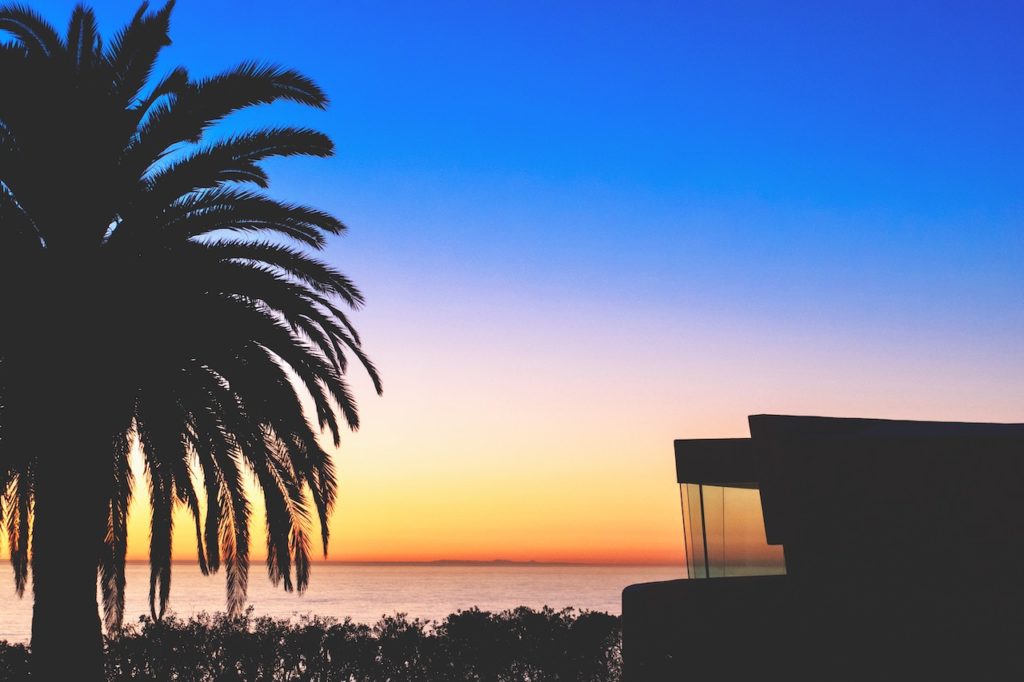 Balboa Park, the San Diego Zoo, and Sea World are among San Diego’s many attractions. The city’s neighborhoods range from ritzy La Jolla to laid-back Pacific Beach (PB), including pride flag-clad Hillcrest and Downtown’s Gas Lamp Quarter. Known for its nightlife scene, The Gaslamp is home to many of the best bars and beloved restaurants in town. Fish tacos, California-style burritos (french fries inside), and Baja-style Mexican food make up the regional cuisine alongside “rolled tacos” (taquitos) and fresh seafood. There are plenty of charming, beachy neighborhoods to live in, you’ll just have to find your vibe and search for apartments there. 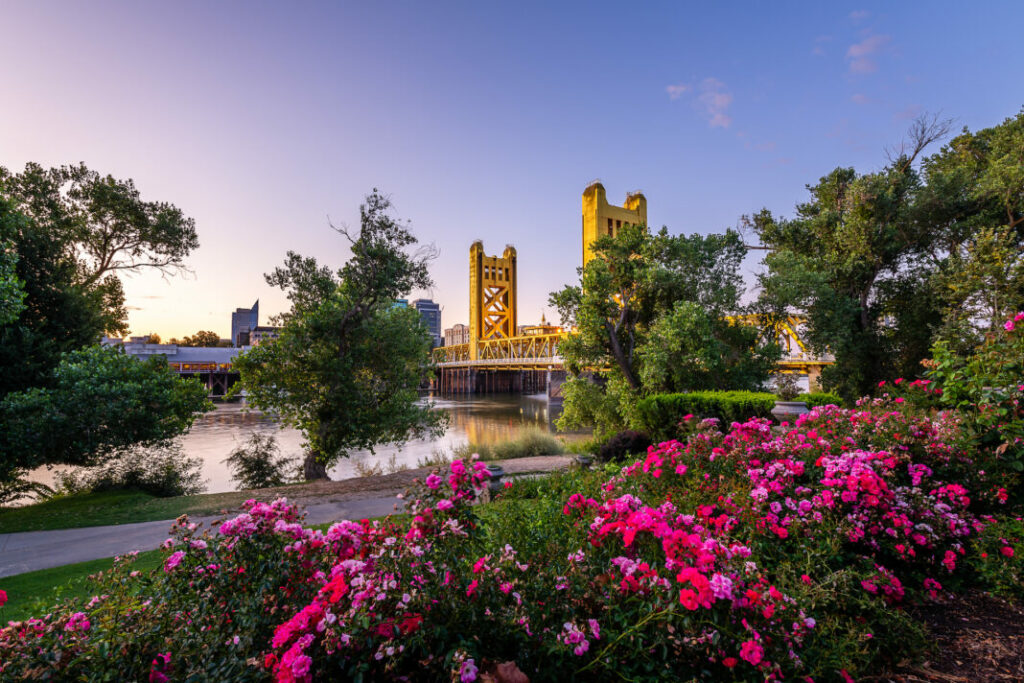 You might be surprised to see Sacramento on our best place to live in California list, but Cali’s inland capital has many of the big city perks with a smaller price tag. The city is within close proximity to wine country, Lake Tahoe, and the coast—like San Francisco—but is located in a spacious, sprawling area. Sactown gets a bad rap because it’s smaller and flatter than its more glamorous beachside counterparts. However, young families, millennials, and artists are flocking to Sacramento for its reasonable cost of living, art scene, nightlife, healthy job market, and diverse population.

This truly unique town is home to tree-lined streets, ample waterways, and a storied Gold Rush history. The capital is called the “City of Trees” because it boasts more trees than any other city in the country! Located in the northern part of the state at the base of the Sierra Nevada, Sac sees some dry, hot summers. Thankfully, there’s the Sacramento-San Joaquin River Delta, aka the Delta, an unpretentious waterway where locals can boat and swim. Raging Waters waterpark also offers ample opportunities for cooling off. Other attractions and activities include the Sacramento History Museum, the Crocker Art Museum, and the Sacramento River Cats Triple-A baseball team, an affiliate of the SF Giants. 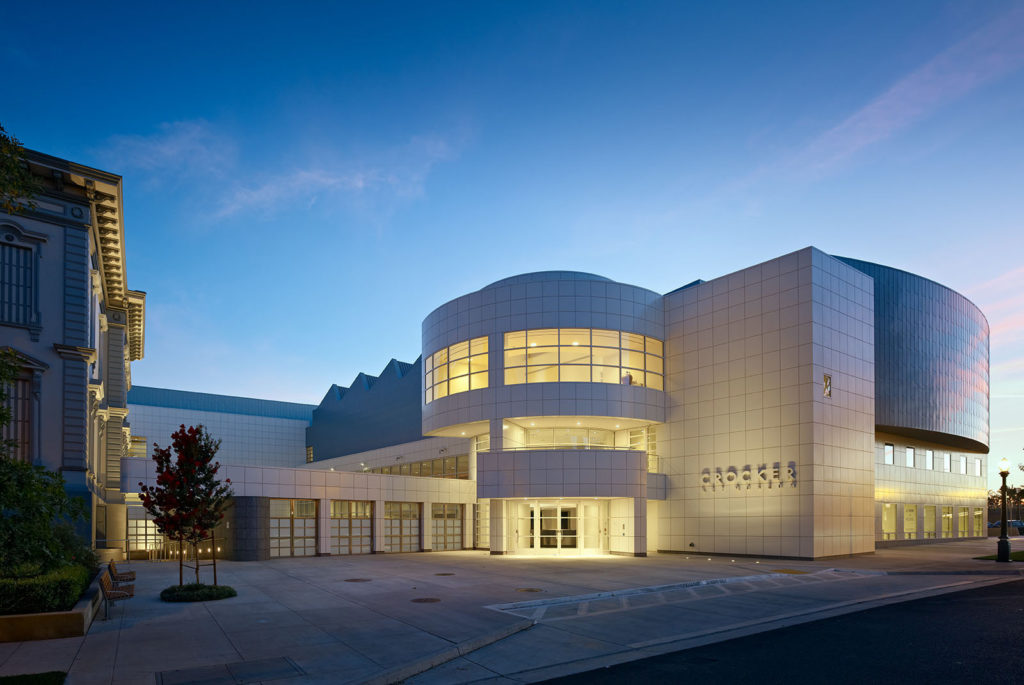 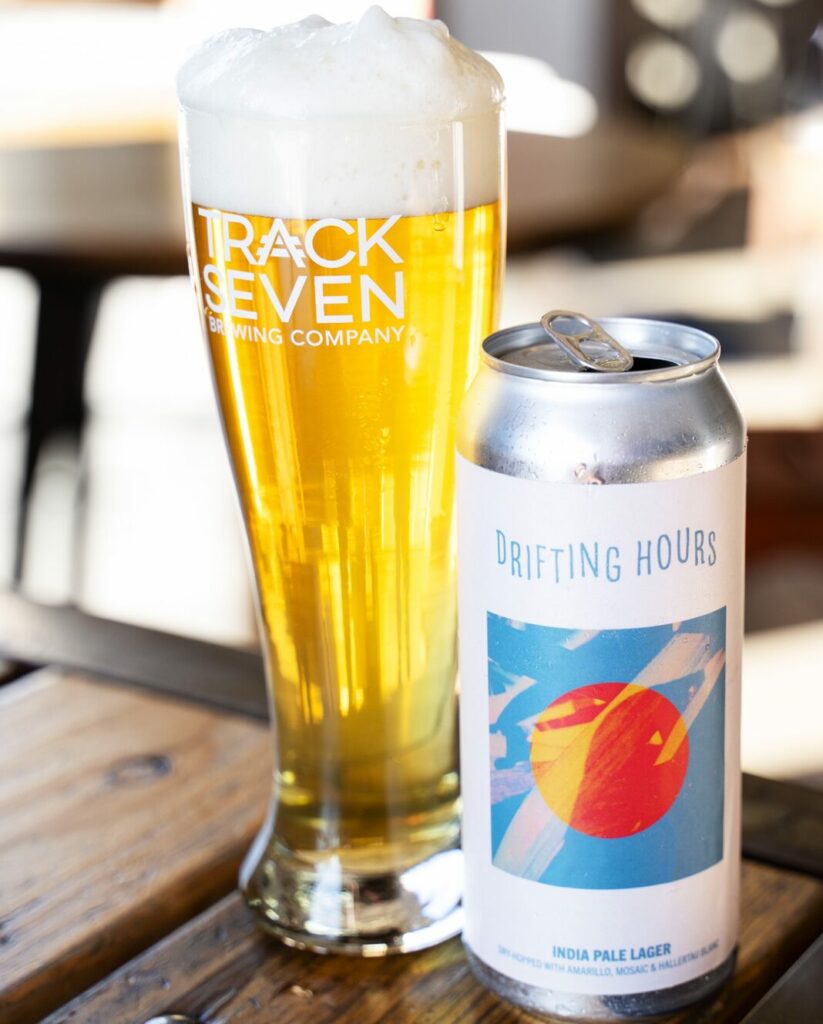 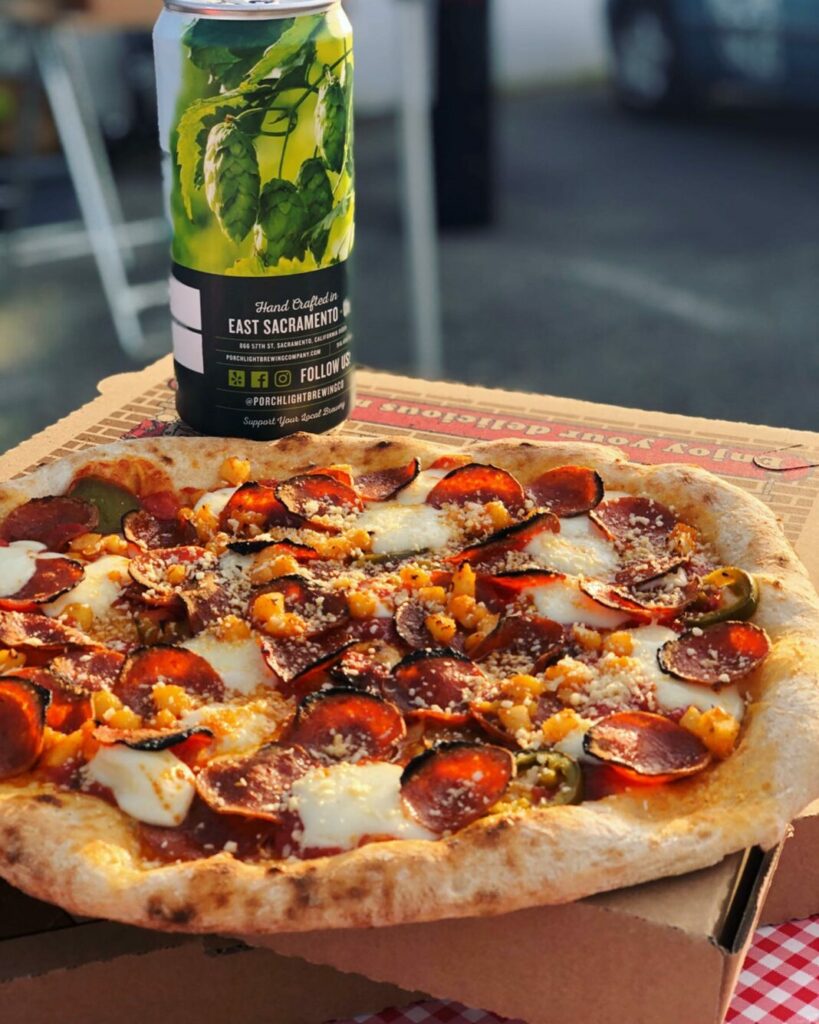 Sacramento is surrounded by farms, so the city sports a pretty serious farm-to-fork scene—stars include Grange Restaurant & Bar and TableVine. In addition to its ample food options, Sac is also quietly one of the best beer and coffee cities in the country. Enjoy a cold one from Porchlight Brewing Co., Track Seven Brewing Co., or hop on the Sacramento Beer Train!

Midtown is one of the city’s most popular and expensive neighborhoods. Located near the state capitol building, just steps from the Sacramento river bank and the burgeoning Downtown district, this hood offers a killer food and nightlife scene as well as shops and a variety of places to live. Folsom is fabulous for families, while nearby Davis and Yuba City are also becoming popular places to live.

Ready to pick your West Coast city? Search thousands of apartments for rent on Zumper in San Diego, Los Angeles, San Francisco, and Sacramento to find your new home.

The post Best Places to Live in California appeared first on The Zumper Blog.

Video: Tesla Model 3 Performance take on M3 and other rivals on track