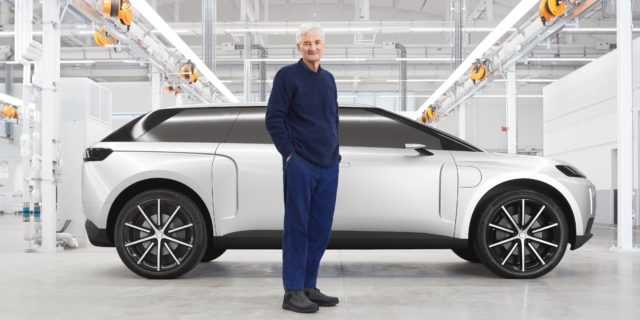 Dyson scrapped its electric car project in May, after spending more than $600 million on its development.
The company released new images of the prototype this week.
Dyson hopes some of the battery technology can be repurposed, so that not everything is wasted from the investment.
Visit Business Insider’s homepage for more stories.

Sir James Dyson, one of Britain’s richest people, had big plans for an electric car.

In 2017, the billionaire defiantly pledged to spend up to $3.1 billion financing a project to eventually take on Tesla, before deciding two years later that the idea just was not “commercially viable.”

This week, the firm released new photos of the scrapped project, showing a futuristic prototype that looks advanced, even by Elon Musk’s standards.

“It was a difficult decision to stop, because hundreds of engineers, scientists and designers, had poured everything into the project and it was a great engineering achievement,” Dyson said in a blog post. “But I have no regrets about having started the programme. We learned a lot and Dyson has benefited from a huge influx of engineering talent from the automotive industry – it has quickly been applied in other areas of our research and development.”

Here’s a look at the abandoned car:

“I’m not a Johnny-come-lately to electric cars,” Dyson said when he first envisioned the vehicle. “It’s been my ambition since 1998.”

Fred Macgregor / Dyson
The car was designed at Dyson’s design shop in a former Royal Air Force hangar in the United Kingdom. Fred Macgregor / Dyson
Here’s the inside, which looks more like an Apple Store than an office. A North Carolina construction magnate spent 50 years collecting some of the most iconic muscle cars ever made, and now they’re headed to auction — see the full collectionSee inside the ‘Dutch Air Force One’: a Boeing 737 private jet that the king of the Netherlands flies himselfUber, Lyft, and Lime say they’ll suspend services in cities where curfews are implemented