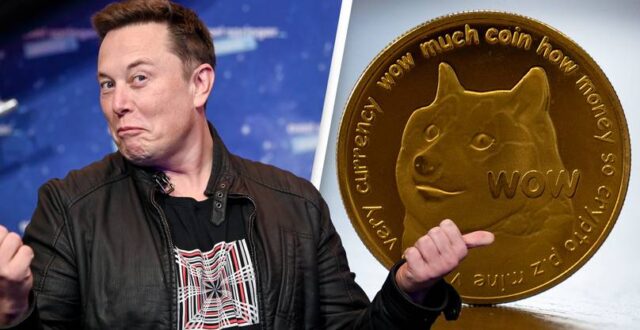 Elon Musk has declared that Space X will ‘put a literal Dogecoin on the literal moon’ in a recent bold tweet.

The tweet of course pulls together two of the Tesla CEO’s known interests, space and Dogecoin memes, and as silly as the wording may sound, his ‘announcement’ has already had a real-world impact.

No sooner had Musk tweeted, the price of Dogecoin leapt up, and has gained an astonishing 18% over the course of the day. Whether or not this is just some very on-brand April Fool’s joke, the influence Musk’s social media activity wields is pretty formidable.

Dogecoin was launched as a joke in 2013, inspired by the popular Doge meme, and – despite not being intended as a serious cryptocurrency – its worth has since been propelled by Reddit and the public support of figures such as Musk, Snoop Dogg and Kiss band member Gene Simmons.

Last month, a simple tweet made by Musk on December 20 – reading ‘One word: DOGE’ – sent Dogecoin soaring as high as 20.5% in just one day, Benzinga reports.

Lmfao it’s been a minute pic.twitter.com/7s9Y4Q9hcN

His liking for Doge has continued to have the same impact. For example, in February 19, the price of Dogecoin jumped by as much as 16% after Musk told his 46 million Twitter followers that he purchased some for his nine-month-old son, X Æ A-Xii.

In the same month, Musk revealed he liked Dogecoin so much because he loves ‘dogs and memes’, a sentiment many of us can of course relate to well.

Early footage of Doge on the Moon pic.twitter.com/gCLW5ppzdO

This isn’t the first time Musk has put the idea of Doge on the moon into the public consciousness, suggesting he could have been thinking about this for a while. In February, Musk tweeted a meme showing a Shibu Inu wearing a spacesuit on the surface of the moon.

The dog, a breed Musk has previously revealed he intends to buy, can be seen holding a Dogecoin flag bearing the words ‘doge’ and ‘wow’.

The tweeted image is accompanied by the word ‘literally’, while a follow-up tweet reads, ‘to the actual moon’.

The phrase ‘to the moon’ is commonly used by traders who expect the prices of stocks to soar. However, in retrospect, it could well be that Musk was indeed speaking literally.

On the actual moon

As a cryptocurrency, Dogecoin exists in the form of digital information rather than actual physical coins you keep in your wallet.

However, physical coins have been sold as memorabilia in the past, so perhaps Musk will bring one with him in his pocket during his much hyped future trip to the moon?

Add wireless smartphone charging to your Model 3 for $28, more in today’s Green...

SpaceX simulator lets you be the astronaut that docks Crew Dragon with the space...