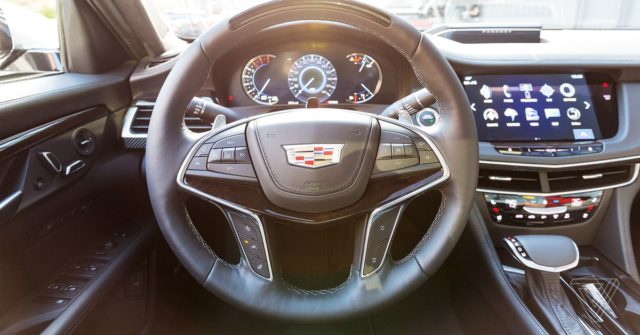 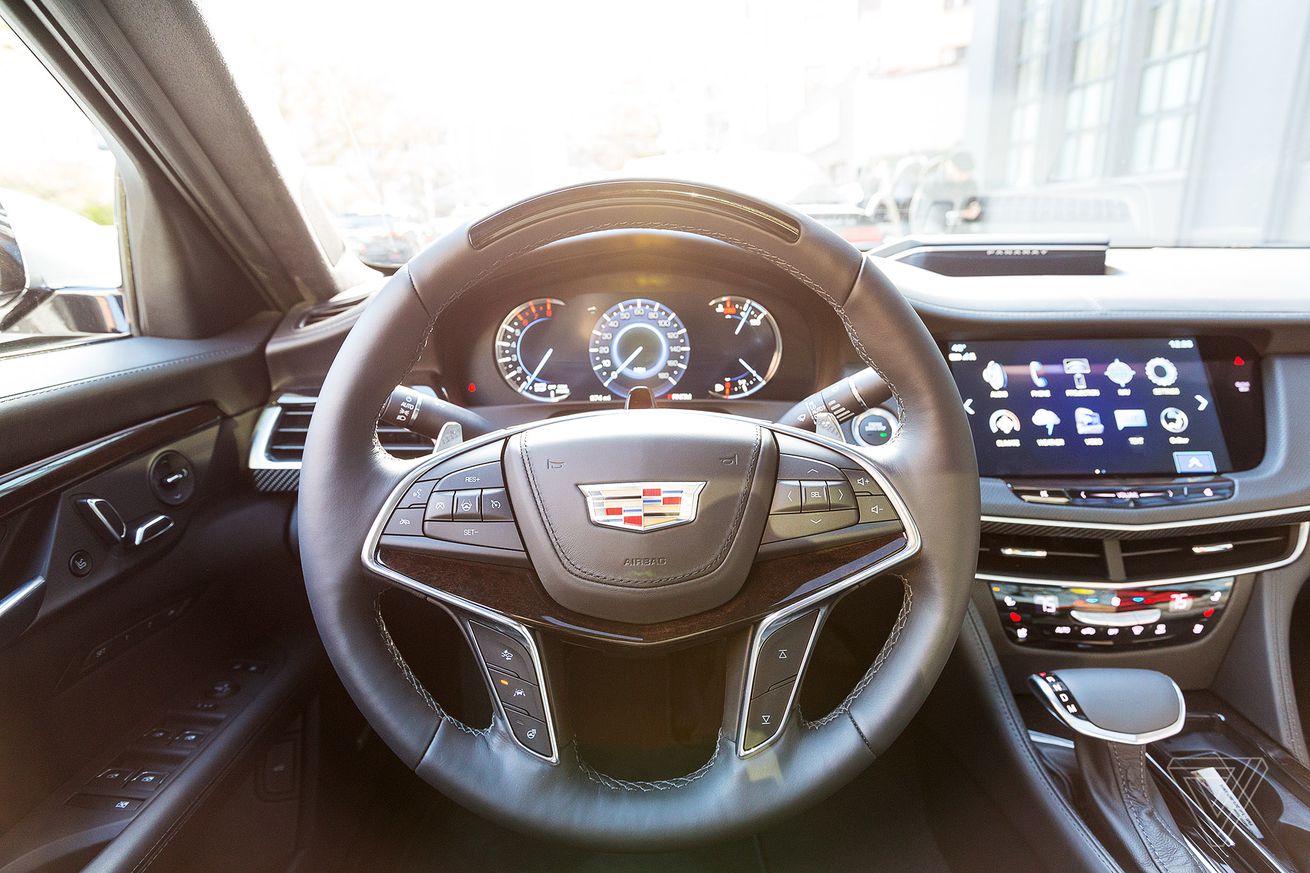 General Motors is expanding the number of highways where its hands-free driver assistance feature, Super Cruise, can be used. The automaker announced on Wednesday that Super Cruise will work on an additional 70,000 miles of highways in the US and Canada by the end of 2019, building on the 130,000 compatible highways where it’s already available. The expansion comes as GM is looking to spread Super Cruise to all new Cadillac models starting next year and to other models outside the luxury brand after that.

Launched in 2017, the Super Cruise driver assistance feature is currently only available on the Cadillac CT6. It uses information from cameras and radar sensors embedded on the car, GPS data, and 3D mapping data collected by the company to allow for hands-free driving. It marries this capability with a driver-monitoring system that uses an infrared camera to make sure the driver is paying attention to the road in case Super Cruise needs to hand control back over.

Unlike Autopilot, which can be activated on almost any highway or road as long as the system spots visible lane markers, drivers are only able to activate Super Cruise on highways that GM has laser-mapped and approved for use. Up until now, that just included the 130,000 miles of limited-access highways. While it has shortcomings — it can’t make lane changes, for example — the combination of driver monitoring; a comprehensive alert system that uses lights, sound, and haptic feedback; and the maps-first approach has led to Super Cruise being lauded by critics. GM says customers have traveled 2.5 million miles using Super Cruise since the launch.

Super Cruise has been lauded by critics, but it still isn’t widely available

The expansion announced on Wednesday will see Super Cruise take on slightly more challenging scenarios, like limited intersections. But the Super Cruise system will still alert the driver to take control if it approaches more complicated situations like railroad crossings, pedestrian crossings, stoplights, or stop signs. 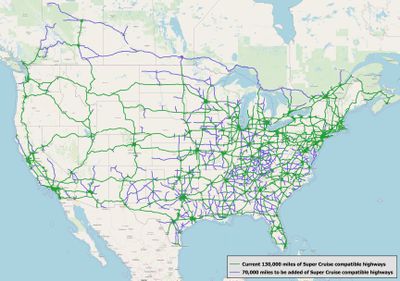 Image: GM
What the map of Super Cruise-compatible highways will look like by the end of 2019.

Current CT6 owners will have to go to their Cadillac dealer to receive a software update that will upgrade the Super Cruise system to handle these new highways, which GM says will also include unspecified “performance improvements, enhancements to increase Super Cruise availability and enhancements to the Driver Attention System.” After that, the new map data will be sent to the cars via an over-the-air update. (GM recently revealed a new electronic vehicle architecture that will power most of its lineup by 2023 that will make more robust over-the-air updates possible.)

Mario Maiorana, the chief engineer of Super Cruise at GM, said in an interview with The Verge that the expansion is “in line” with what the automaker had originally planned for the driver assistance feature. The reason for the deliberate rollout is that GM wants to cover all of its bases so that Super Cruise works as advertised any time a driver activates it, regardless of which car they’re in.

“Every vehicle has its own unique dynamics and styling that we work around to make sure that the system operates,” he said. “We’re going to ensure, before it goes on a vehicle, that that work has been done.”

But the expansion is the latest sign that GM is finally getting ready for Super Cruise to reach a wider audience. In April, the automaker announced some major upgrades to Super Cruise’s performance. Just last week, Cadillac announced two new models — the CT5-V and CT4-V — that will offer Super Cruise as an option when they become available next year. All Cadillac models will offer Super Cruise from 2020 onward as part of GM’s push to make it the most future-facing brand in the company’s stable.

Shodan Safari, where hackers heckle the worst devices put on the internet

Old Ferraris, Jags And Porsches Have Their Engines Swapped For Electric Powertrains