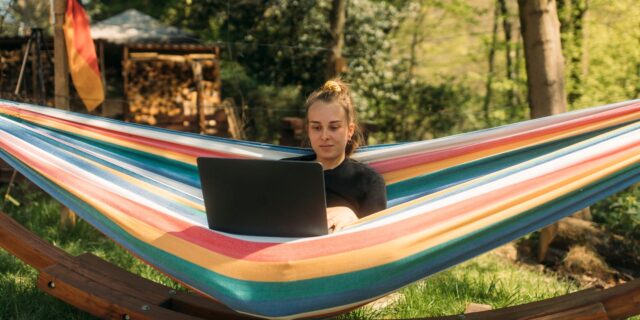 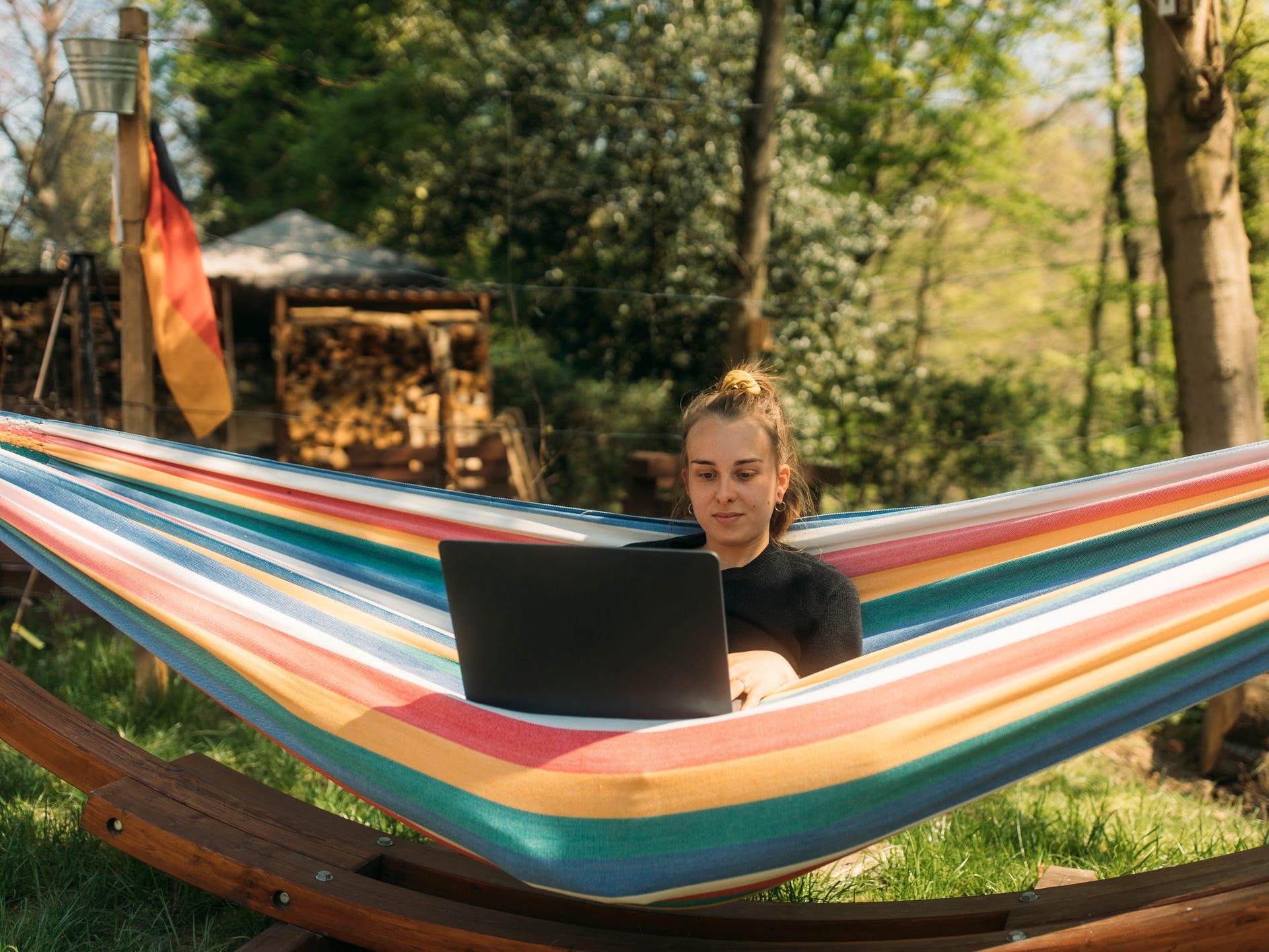 Isabelle Roughol is the host of Borderline, a podcast and newsletter about living and working across borders.
Tech companies who say they'll dock remote workers' pay are being fair, not greedy, she argues.
This is because employers consider cost of living and cost of talent when calculating pay.
This is an opinion column. The thoughts expressed are those of the author.
See more stories on Insider's business page.

Google is the most recent tech employer to plan to potentially cut the pay of employees choosing to work 100% remotely.

Their compensation would be based on where they live, not the office they were once attached to. For those who choose to live in a cheaper area, that could mean a significant pay cut.

Others in tech such as Facebook, Twitter or VMWare have announced similar plans. (At least some companies have said salaries could also be adjusted up.)

The gut reaction to such a move – and the tone of most of the coverage – is outrage. Greedy companies taking away from workers who've given their all during the pandemic and putting families and marginalized employees living in cheaper areas at a disadvantage.

What these analyses are lacking is a genuine understanding of how companies set compensation and why some of the world's most generous employers, who have no interest in employee mutiny, came to the conclusion that docking remote workers' pay was their best option.

What these workers are experiencing is the fundamentals of globalized capitalism. And you can actually argue it's fair.

We're going to get into the weeds a bit but if I do this right, you'll not only understand the news better – you might renegotiate your paycheck.

But first: Why you should believe me

I worked in tech for the better part of the last decade, went through two international relocations and assisted many others with theirs. I hired and managed employees in the same role on four continents.

When I became a manager, my eyes were opened. I have often explained the below in one-on-one conversations and have long itched to write it.

Somebody is going to be unhappy

To decide whether Google's move is fair, you have to picture the alternative.

Saba, a software engineer in San Francisco, was hired at $140,000, an average, not-that-great salary there. Now that she can do her work remotely, she decides to move home to Nebraska. Her parents can spend more time with the grandkids and with $140,000 a year, she'll be a homeowner in no time, something she couldn't fathom in San Francisco.

This should make no difference to her employer. She delivers the same value, more even, now that she has better childcare and no commute. Her manager is thrilled for her and supports the move.

Down the street lives Taylor, a site reliability engineer for the company's Omaha data center. He was hired locally and at $85,000 a year, he's solidly in the upper middle class. He's happy to welcome a colleague to his hometown. Their kids go to the same public school. But hers have a private tutor and go to French camp in France.

Wait, is that a Tesla in the driveway? Isn't her husband a county employee? They do the same job, he knows what it pays. Or does he? He asks his manager for an explanation and a raise. He's denied; he's already at the top of the local pay band. He asks around, points out the discrepancy to other colleagues. Resentment grows.

They're not mad at Saba, they swear, just at the situation. She supports them but feels awkward. She's not going to volunteer for a pay cut. The team falls apart. Taylor sues for pay discrimination. Saba leaves.

That's the scenario in Google HR's head when their California employees start logging into a Zoom from their parents' in Ohio or an Airbnb at Lake Tahoe. So they return to the system they know – location-based market rates.

Why you earn what you earn (it's not cost of living)

For every role, an employer sets a salary band designed to attract the right candidates. A well-designed range can stand the comparison with competitors, is narrow enough to ensure fairness and wide enough to allow for career progression.

Someone who's new to a role typically sits at the bottom of the band. A more experienced employee who does the same job better will be in the middle, and a superstar who could legitimately aspire to a promotion – or worse, leave – is somewhere near the top. Pay differences within the same role are minor and explained by experience and performance.

Because for centuries work was conditioned on showing up to a particular field, factory or office, pay ranges vary by location. They're designed to attract the right candidates where the company needs them to be.

That's where a common misconception occurs. I've seen it in every article I've read about Google's plans. It's not the cost of living employers consider; it's the cost of talent. The two are only partially related.

Companies will pay what it takes to attract and retain people in a particular market. It's the cost of a software engineer that matters, not the cost of a one-bedroom flat. Put differently, an employer cares what you and people like you will accept, not what you need to live on. Remember that in your next negotiation.

Let's use a real-life example. For years, I hired people in Germany and in France. Though cost of living was higher in Paris, my ranges were significantly more generous in Munich. With low unemployment and stronger unions, German professionals could afford to demand more.

Cost of living is a fig leaf hiding a less pleasant reality: your value to capitalism is entirely dependent on your context. What you're paid is not based on your needs or the value you create, but on what it would cost to replace you where you stand. In an economy where "where you stand" still matters…

Internationally mobile employees have experienced this for years

What's happening to domestic remote employees now has long been happening to employees relocating internationally. Expat contracts are a thing of the past. When you move countries, you're usually asked to give up your existing deal and sign again under local law – and local pay rates.

Moving from Paris to Munich is to your advantage, but it goes both ways. An employee leaving San Francisco for London can expect a 20% pay cut. Yes, San Francisco is more expensive than London but not that much more.

If someone wants to move bad enough, they accept the pay cut. I've seen them grumble and negotiate until they get to the point of take-it-or-leave-it. Or a smart manager will absorb the difference into a promotion, moving the employee to a new pay band so they don't feel the pain. Instead of getting a pay cut they didn't deserve, they don't see a pay rise they did earn. It makes sense psychologically, if not financially.

Again, consider the alternative. Someone moves abroad and finds themselves earning twice what locals do for the same work? It still happens, especially in the Global South, disguised with risk pay and moving bonuses, justified by the newcomer's "unique skills" unavailable in the local market. But the colonial undertones of an overpaid expat class are falling out of fashion and rightly so. It's no fairer than asking an immigrant to undercut the local minimum wage.

Until today, only a few professionals with wanderlust have cared. It now matters to millions who have tasted the joys of remote work and aren't about to give it up.

Could we create a location-agnostic pay scale?

The fundamental issue is we have a location-based compensation system for increasingly location-independent work. Couldn't we just pay everyone the same?

That's what companies such as Reddit and Zillow have decided to do. They're letting their US employees roam free without cutting pay and adjusting compensation scales for new hires. That's forcing them to align with the more expensive markets in Seattle and San Francisco to remain competitive in the tech talent wars.

But Reddit only employs 700 people and Zillow about 5,000, solely in the US. That's convenient. A mere difference in benefits or food quality between global offices causes endless complaints.

I wouldn't want to be the international manager having to explain why Americans suddenly got a 100% pay rise. But aligning pay globally would be a legal and logistical nightmare. And a hefty bill.

For Google and its 135,000 full-time employees, leveling up across the board would cost hundreds of millions. Shareholders might have something to say about that. Sharp pay rises by one employer or industry can also destabilize a local economy. Just ask native San Franciscans, Seattleites or Austinites what they think of housing prices after the sudden influx of tech workers. Smaller companies would be left in the dust, unable to compete.

In the short term, Google may have chosen the only fair option there is. The alternative would be a nomadic class living the high life in small towns next to lesser paid colleagues or roaming the US in luxury camper vans while fattening their savings account.

Guess who's more likely to benefit from that arrangement?* Lucky for them, untenable for a company. That's why digital nomadism is largely the purview of the self-employed and small startups.

In the longer term, as knowledge work becomes disconnected from location, so too will professional pay scales. If anyone has the brain power to reinvent how we compensate labor and the influence to make it happen, it's certainly Google. People's habits always change faster than institutions. Employers will catch up.

But rich-world professionals should watch out: If we keep insisting work can be done from anywhere, corporations could insist it can be done by anyone. The day location ceases to matter entirely and you have to compete with every similarly skilled knowledge worker around the world, it's not on San Francisco salaries that we will all be aligned.

*Caveat: the fairness of the plan hinges on who gets an adjustment. Long commuters in the suburbs or employees in less privileged neighborhoods shouldn't be penalized. Living in Connecticut or New Jersey still makes you a New York employee. Maybe not living in Mississippi though.