While minor relative to almost any other testing milestone, the small step still serves as a reminder that the end goal of Ship 20’s test campaign is a launch on Super Heavy to orbital altitudes and velocities. If that launch goes more or less according to plan, Starship will then attempt to survive an orbital-class reentry for the first time, subjecting it to extreme heat and putting its many thousands of heat shield tiles through their most daunting challenge yet. Dozens of things could (and probably will) go wrong, while almost every system aboard must work perfectly to ensure that Starship makes it through reentry in one piece.

And even if all of that occurs as planned with no major issues, those same systems will still need to hold on for several more minutes to perform a freefall, engine reignition, flip, and landing maneuver that only two other Starship prototypes have completed. As it so happens, one of those crucial systems is Starship’s flaps.

Outfitted with actuators powered by Tesla Model 3/Y motors and a pair of Model S batteries, Starship’s four large ‘flaps’ are only capable of simple flapping motions. While they may look the part, Starship flaps aren’t wings and are specifically designed not to produce lift. Instead, in support of Starship’s unusual descent profile, they act more like the hands and legs of a skydiver (particularly one in a wingsuit), allowing ships to control their pitch, attitude, and roll while freefalling belly-down to the ground. In theory, that allows Starship to gain practically all of the benefit of a structural wing like that on the Space Shuttle but for a far lower mass penalty.

Instead of elegantly slowing down with wings, Starship uses its flaps to create as much drag as possible during descent, slowing down to a terminal velocity around 100 m/s (~225 mph) or less. Using a freefall trajectory and flaps incapable of generating lift does likely come at the cost of “crossrange performance,” referring to how far Starship can travel horizontally in Earth’s atmosphere after reentry. However, significant crossrange performance is almost entirely irrelevant outside of Cold War paranoia like the kind that NASA let influence the Shuttle’s design to an ultimately catastrophic degree. Landing vertically also precludes the need for exceptionally long, expensive runways like those the Shuttle needed. 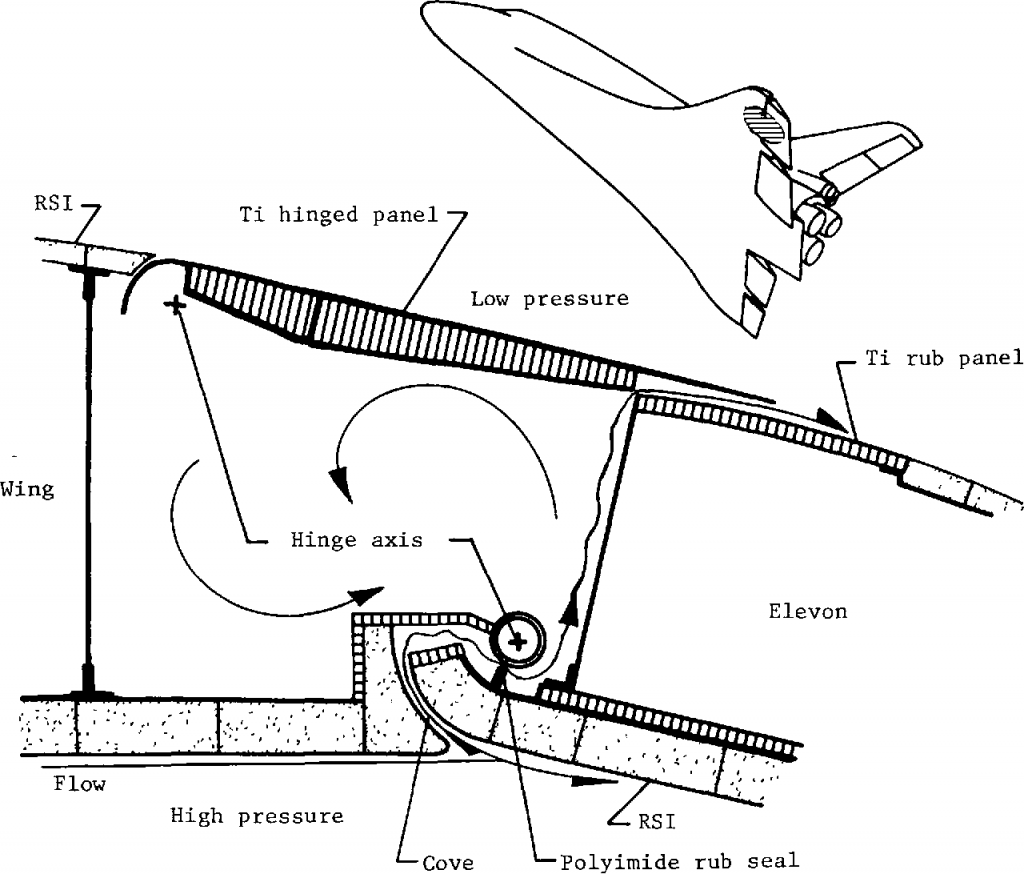 A cutaway view of one of Shuttle’s wing elevon hinges and associated seals. (NASA) 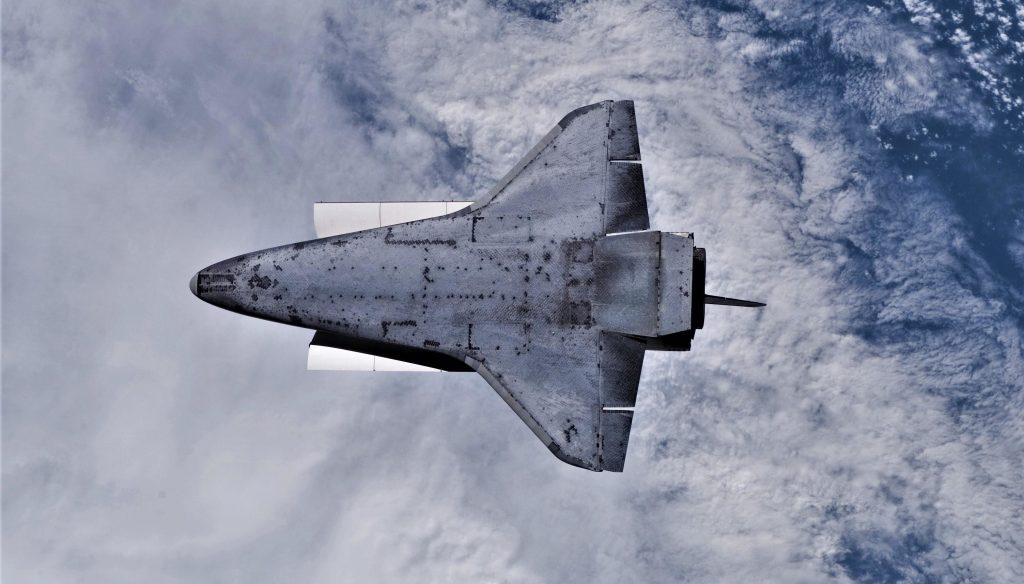 Space Shuttle Endeavor shows off its heat shield (and flaps) during an on-orbit inspection in 2007. (NASA)

Aside from allowing it to navigate to a small vertical landing pad (or massive ‘Mechazilla’ catch tower), Starship’s flaps are also important for controlling vehicle orientation and heading during reentry itself. To fill that role, those flaps will have to be able to actuate across their full range of motion during reentry, as Starship’s hypersonic assault against the thin upper atmosphere creates a flood of superheated plasma that wants nothing more to find the gaps in its heat shield. Shuttle engineers had to deal with the same issue, ultimately designing complex seals that would allow the vehicle’s wing and body flaps to actuate during reentry without allowing superheated plasma to leak inside and damage their fragile mechanisms or structure.

Although Starship does have the benefit of relying on steel – not aluminum – for almost all of its structures, it still has to grapple with the same challenges of shielding sensitive electronics, actuators, motors, and more from the reentry onslaught that its heat shield and steel structure are designed to survive. 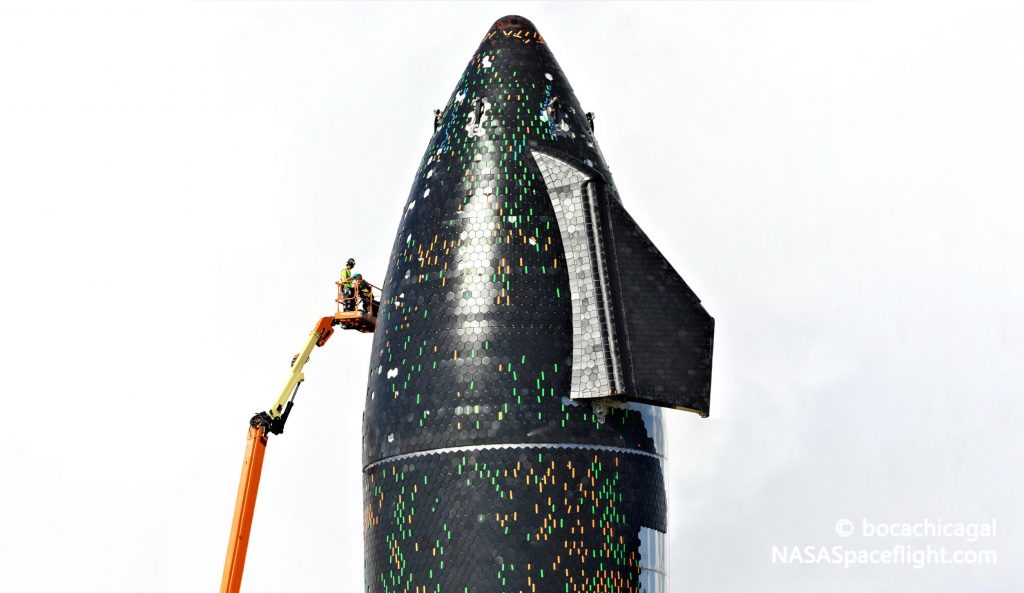 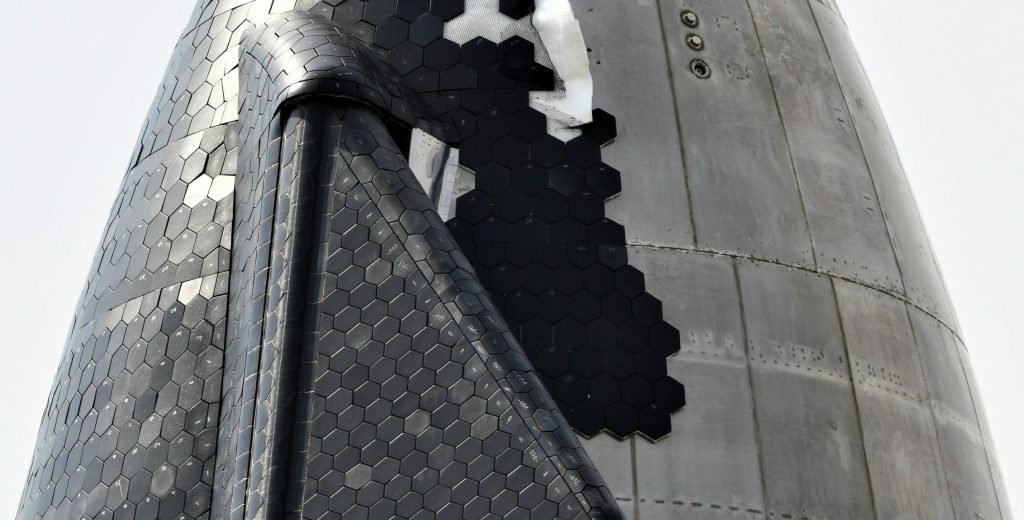 Half-covered in heat shield tiles, it’s not clear how SpaceX plans to seal off the more sensitive, exposed components of each flap’s actuation mechanism – including motors, cabling, and the hinge itself. Based on what’s visible, Starship’s flaps and the cradle-like ‘aerosurfaces’ they slot into do have very tight tolerances and may rely on some felt-like ceramic wool or TPS blanket to seal the tiny remaining gaps. With small enough gaps, a hypersonic airstream can behave as if there are no gaps at all, suggesting that that might be SpaceX’s preferred approach to sealing Starship flaps.

Up next on Starship S20’s path to launch is the reinstallation of 3-6 Raptor engines (for the third time) ahead of a crucial static fire test campaign that could begin as early as Thursday, October 7th. Likely beginning with 1-3 Raptors, SpaceX will perform an unknown number of static fire tests, ultimately culminating in the first ignition of 4, 5, and 6 engines on any Starship prototype. If all goes well, that testing will also mark the first time Raptor Vacuum has been ignited on a Starship prototype and the first time SpaceX has ignited multiple Raptor variants (sea level and vacuum, in this case) on the same vehicle. Stay tuned for updates on engine installation.