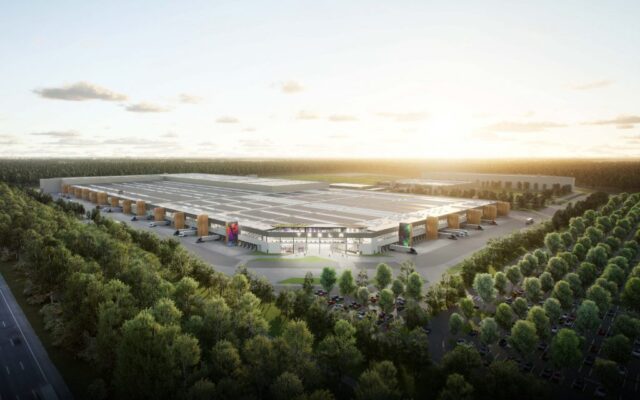 A new render of Tesla Giga Berlin with graffiti art was recently posted on the company’s website. It gave a better picture of Giga Berlin Phase 1 once it is finished.

The render reveals the possible placements of the art in the future. Tesla recently held a “Giga Fest” Country Fair on Giga Berlin’s grounds, inviting some people to the celebration. A sample of the street art already displayed on Giga Berlin’s walls was revealed during the festival. Musk said that some of the murals were already up.

“We’re going to have graffiti murals or all throughout the factory on the outside and everything. So I think that’s going to be super really cool,” said the Tesla CEO. “We’ve got some of them already.”

“And then it’s just a 30-minute train ride to Berlin. We’re actually gonna be building a train station, where you can literally just—ironically for a car company, you know, you could just take the train. You can also take your car. That’s fine, too,” Musk said.

He said that Giga Berlin employees can travel to work any way they please. Musk jokingly suggested that employees could even go to work by catapult, base jump, or parachute if they wanted.

Tesla also introduced “GigaBier” during the Giga Fest. The Tesla-branded beer bottle looks as if it were inspired by the Cybertruck’s design. With a train station and its own beer, Tesla ensures that Giga Berlin will be different from its other factories. Based on each Gigafactory, each Tesla facility has its own unique features.

Tesla estimates that Giga Berlin would offer 12,000 jobs or more.

“In fact, I’m a little worried we won’t be able to hire enough people, so we really kind of need a great talent to come here from all around Europe and or anywhere and help us create a new future,” said Elon Musk.

Tesla Gigafactory 3 in China is progressing ‘1 yr ahead of schedule,’ says local...

Tesla couple use their Model 3 to keep to date night tradition amid challenging...