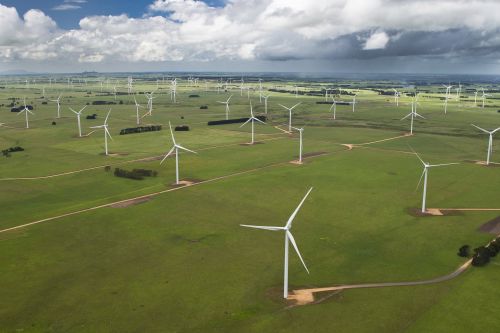 Vestas this week announced a deal to acquire a 25.1 percent stake in privately owned Sowitec, with an option to purchase the rest of the company within three years. Although based in Germany, Sowitec has made its biggest mark in Latin America, especially Mexico and Brazil, and is active in both development.

The deal isn’t enormous by Vestas’ criteria, together with Sowitec expected to report 2018 consolidated revenues of 30 million euros ($34 million), compared to Vestas’ full-year earnings of 10.1 billion euros. Sowitec claims to have grown over 2.6 gigawatts of renewables capacity presently in operation, typically selling projects once they reach an advanced stage of growth.

Analysts said the deal underscores a shift as their in-house development capabilities expand — including with solar and storage technologies. The deal is expected to close during the second quarter of 2019.

Shashi Barla, chief analyst for the global wind supply chain and technology at Wood Mackenzie Power & Renewables, said that in today's power-generation world, buyers and asset owners are”not looking at wind in isolation — they are keen on adding renewable capacity.”

Turbine companies”see this as a competitive differentiator to sign large deals with asset owners, utilities and governments to offer integrated solutions,” Barla stated.

Vestas has pushed to the projects business in certain markets, such as through its North American development arm Steelhead Americas. And the company has moved beyond pure wind technology in recent years.

Year Vestas paid $100 million to obtain Utopus Insights, a US-based energy analytics and solutions company spun out of IBM that will enable the Danish manufacturer to integrate its products with adjacent sectors like solar and natural gas.

In buying into Sowitec, “Vestas gains access to a different development entity that strengthens our co-development portfolio and improves our solutions and capabilities in strategic markets in Latin America,” Juan Araluce, Vestas’ chief sales officer, said in a news release.

Bumping up against clients

There’s a possible danger in gear vendors as it puts them, moving deeply into project development.

However, Jacob Pedersen, who covers Vestas closely as a senior analyst at Denmark’s Sydbank, said the firm seems to have struck the correct balance with Sowitec.

“Given Sowitec’s profile and activities in the very early phase of project development, where projects are often sold off before they reach the construction phase, Vestas will not in our opinion be in direct competition with its other customers,” Pedersen wrote in a research note.

The Sowitec acquisition “gives Vestas access to competencies that it can use in collaborating with customers — and in the construction of hybrid projects using solar and wind power,” Pedersen said.

Nevertheless Dan Shreve, head of global wind energy study at Wood Mackenzie Power & Renewables, said that investing in an active developer in Latin America could be a “two-edged sword” for Vestas — possibly making several other developers less comfortable with sharing details of the project bids with Vestas.

That said, Vestas' heft and global reach leaves it & well-positioned; ldquo & rdquo; to align itself with Sowitec, Shreve said.

“Vestas has a global footprint and works with dozens of programmers — many that rarely come across Sowitec,&rdquo.

“As such, I see this concern as being largely restricted to Latin America for the time being, and the upside with the access to plant design outweighing the risk. ”

California is scrambling to avoid blackouts. Your refrigerator could help

The future of the media industry in the new year