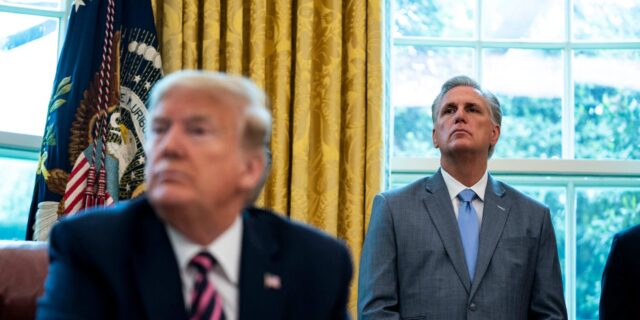 Good morning! Welcome back to 10 Things in Politics, your weekday look at the biggest stories in DC and beyond. Sign up here to receive this newsletter.

Here's what we're talking about:

Trump aides are casting doubt on Rep. Kevin McCarthy's prospects for House speakerThe Republican Party's push for voting restrictions may come back to bite itEXCLUSIVE: Maj. Gen. William Walker, the new House sergeant at arms, talks about protecting the Capitol and reopening it to the public

One thing to look out for today: President Joe Biden is set to speak about the April jobs report at 11:30 a.m. in the East Room. 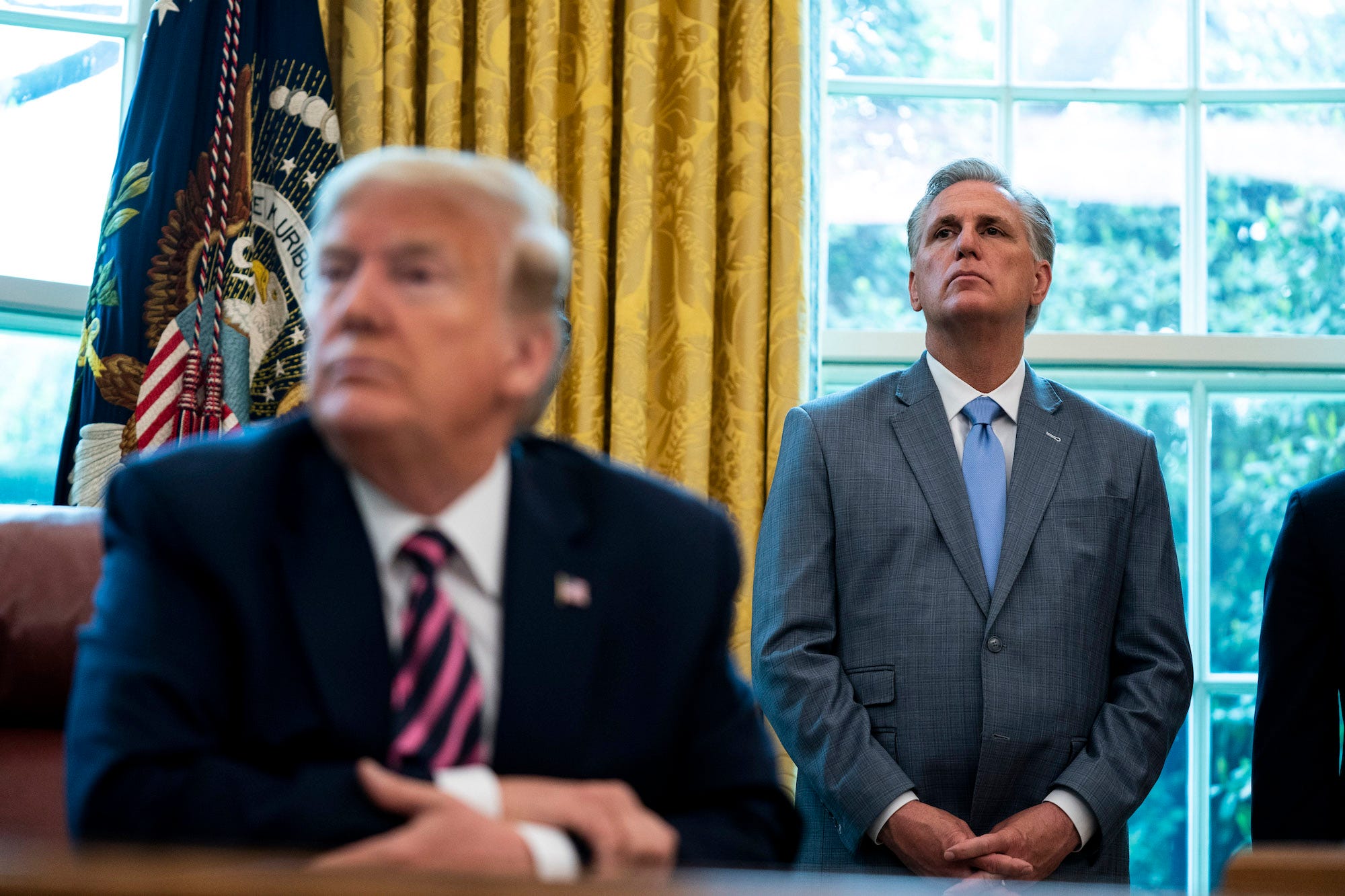 1. TRUMPWORLD SEES BLOOD IN THE WATER: House Minority Leader Kevin McCarthy may be breathing a sigh of relief now that Rep. Liz Cheney is about to be jettisoned from his leadership team. But some Trump aides are saying not so fast. Sure, former President Donald Trump nicknamed McCarthy "my Kevin." And yes, the two may have just yucked it up at Mar-a-Lago. But still, Trumpworld says McCarthy doesn't have a glide path to the speaker's gavel.

One advisor says McCarthy simply doesn't have the votes: "He's left too many people unhappy and unsettled, and time is not on his side," said a Trump advisor who shared their opinion about McCarthy with the former president.The shape of an L: Trump advisors routinely note that the former president doesn't like to associate himself with losers, even though he just lost the election. McCarthy famously flamed out when he tried to replace John Boehner in 2015.

McCarthy's allies see it very differently: They question whether Trump's advisors just want to place their allies in power instead of the eight-term lawmaker. One veteran GOP strategist said McCarthy was "on the cusp of being speaker," noting the California Republican had brought in $27 million to GOP coffers in 2021 while also taking Trump's side in the battle over Cheney.

Who could be next?: "If he stumbles at all around the next election, it could open things up for someone like Jim Jordan," a former House GOP leadership aide told Insider.

More on the behind-the-scenes drama here.

But it's not clear how much these big-lie-inspired bills will do: Cutting back on mail voting is unlikely to move the needle for the GOP and could even hurt Republicans, Insider's Grace Panetta writes.

Some GOP lawmakers are fearful their push to appease Trump could backfire: "The suppression tactics included in this bill would hurt the Republican Party as much or more than its opposition," state Rep. Lyle Larson, a Texas Republican, wrote in a column this week.

3. Political insiders are dishing about how Nikki Fried's friendship with Matt Gaetz could complicate any gubernatorial campaign: Fried, now Florida's agriculture commissioner, and Gaetz frequently hung out together at the now-closed 101 Restaurant in Tallahassee when he was a state lawmaker and she was a medical-marijuana lobbyist. They were also pals during college. Some Florida Democrats are disappointed that Fried hasn't sought more distance from Gaetz in light of his recent controversies.

Unlike some fellow Democrats, Fried has not called on Gaetz to resign: "Anybody who has ambitions for higher office or even to be reelected, which Nikki clearly does, would be out of their mind if they didn't distance themselves from Matt Gaetz," said Mac Stipanovich, a longtime Florida Republican strategist who's now an independent. 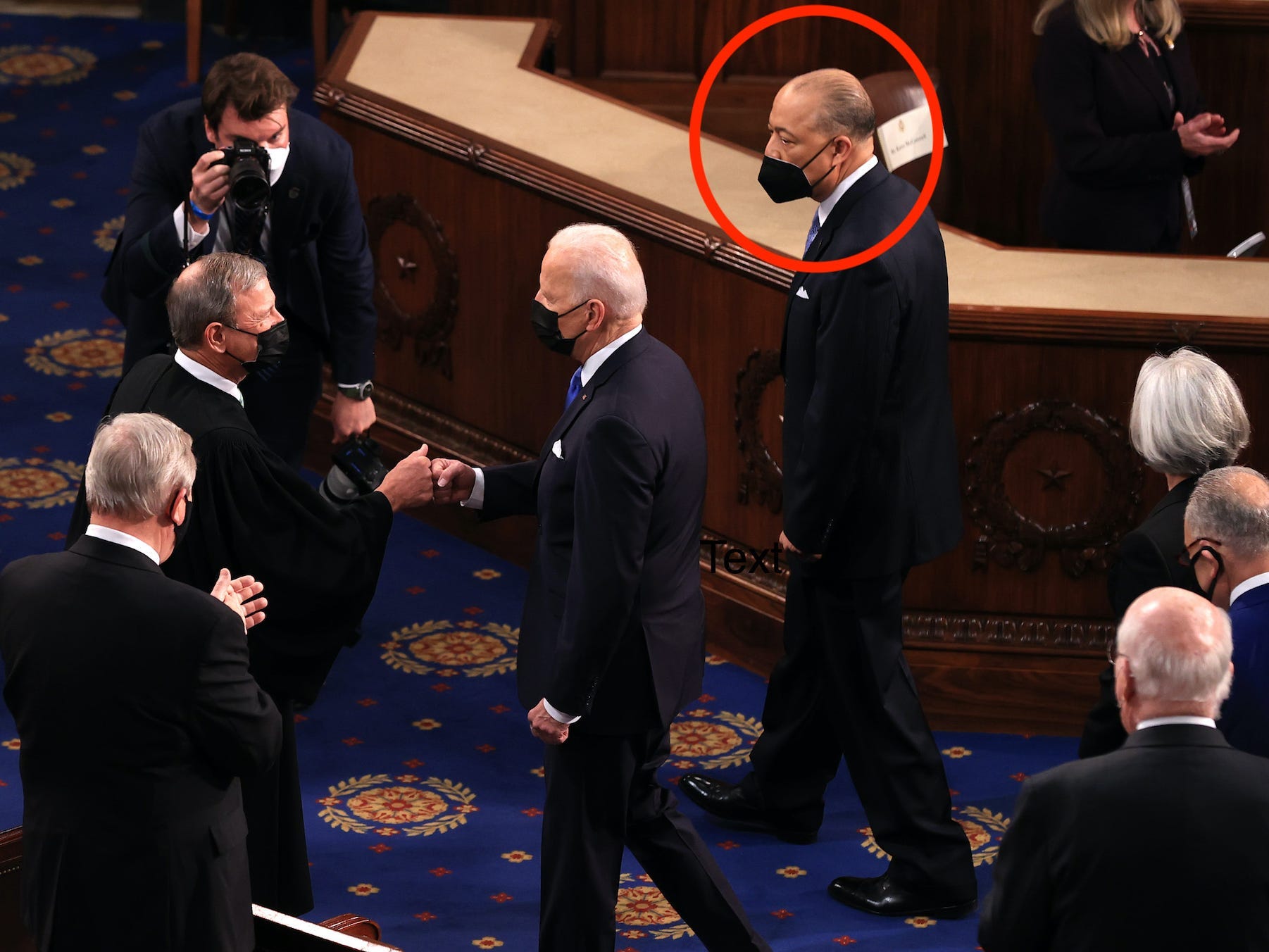 4. INSIDER EXCLUSIVE: Top House security official vows the Capitol will "never, ever be breached again": Maj. Gen. William Walker, the new House sergeant at arms, committed to making the US Capitol more accessible to the public after the coronavirus pandemic closed it off to many and the deadly January 6 riot led to fencing around the building, some of which remains. He didn't set a timeline for when the public would return but said his team was working "with a sense of urgency." More from Insider's interview with the first Black House sergeant at arms.

5. Biden made three pledges this week that will shape the $4 trillion bare-knuckle fight over infrastructure: Biden vowed to not hike taxes on families earning less than $400,000, repeated his desire to work with Republicans, and refused to increase the deficit to pay for his massive plans. But dissension among Democrats illustrates just how heavy of a lift awaits him.

6. Experts predict a patent waiver is unlikely to quickly boost vaccine supply: Health experts applauded the White House's decision to back a petition easing intellectual-property protections for COVID-19 vaccines. While some questioned its power, others suggested that backing a waiver sent a message to drugmakers and developing countries, The Washington Post reports. The waiver is not a done deal, as other countries could derail the process.

7. Washington moves of the week: A former Environmental Protection Agency head under Trump will continue to influence conservative environmental policy from a powerful right-wing think tank. Here are some of the other biggest moves this week.

And in the media, Yamiche Alcindor was named moderator of the PBS current-affairs show "Washington Week."

8. The guy who crowdfunded $25 million to build Trump's border wall is facing tax-fraud charges: Prosecutors alleged that Brian Kolfage, who was already indicted on federal fraud charges last year, filed a false tax return when he reported an income of $63,574 in 2019, despite receiving hundreds of thousands of dollars that year through his We Build the Wall project and other organizations. More on the latest news here. 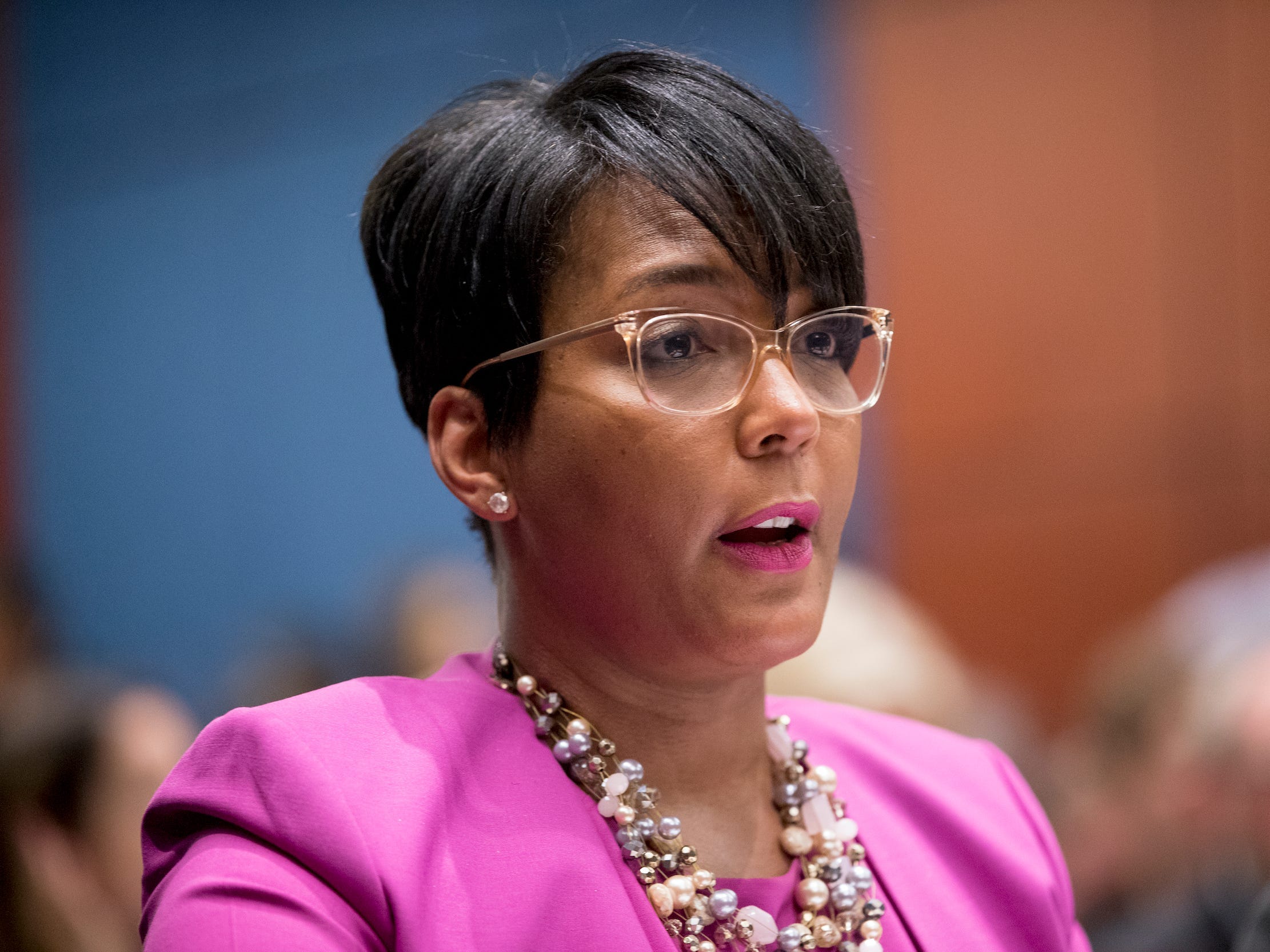 9. Mayor Keisha Lance Bottoms of Atlanta won't run for reelection: Bottoms, who was considered to be Biden's running mate, said she would not seek a second term later this year. The Atlanta Journal-Constitution called the move a "shocking reversal" for a rising Democratic star. Bottoms said she was confident she would win if she ran, but she has also faced criticism over a rise in violent crime in the city.

10. Some aren't over the moon with Elon Musk hosting "SNL": Politicians and unions criticized Musk, the world's third-richest person, when he stumped for sketch ideas for this week's show. Even some cast members seem less than thrilled about the Tesla CEO's star turn. There's a long tradition of host-related angst.

Today's trivia question: Sunday is Mother's Day. With that in mind, becoming president of the United States would probably make anyone's mom gush. But who was the first president whose mom was able to vote for him? Email your guess and a suggested question to me at bgriffiths@insider.com.

Yesterday's answer: Attorney General Charles Bonaparte, grandnephew of Napoleon, created a small force of detectives at the DOJ in 1908. It's considered the forerunner of the modern-day FBI.

That's all for now. Have a wonderful holiday weekend!