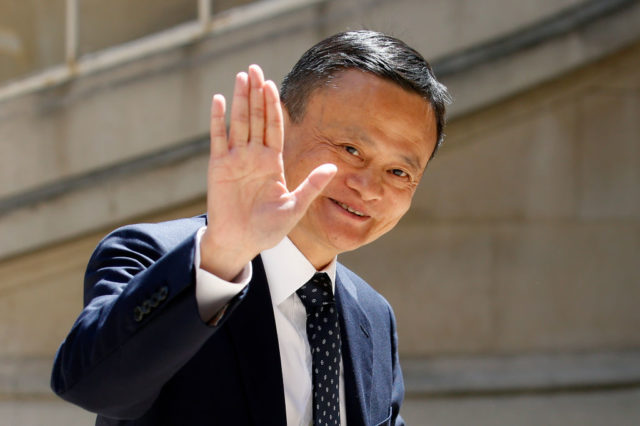 Protests in Hong Kong may cost the city’s stock exchange its biggest catch in years.

According to Reuters, the decision to postpone Alibaba’s second listing was made during a board meeting convened ahead of the group’s quarterly earnings report last week. “It would be very unwise to launch the deal now or anytime soon. It would certainly annoy Beijing by offering Hong Kong such a big gift given what’s going on in the city,” an anonymous source said.

Alibaba has never officially confirmed its intention to list in Hong Kong, which was first reported in May. When asked about the decision to postpone the assumed listing, a spokesperson for Alibaba told Fortune the company does not comment on market rumors.

Alibaba—which currently has a market cap of $461 billion—doesn’t need the money from a second listing. The group’s latest interim report showed second quarter revenue surged 42% to $16.7 billion over last year, while net income more than doubled for the same period to $4.5 billion. However, Alibaba founder and chairman Jack Ma’s has been known to take the approach that if a company waits until it needs money before it raises it, it’s too late.

But for Hong Kong Exchanges and Clearing Ltd (HKEX), the corporation that runs the local stock exchange, the proposed $15 billion listing would deliver a windfall of transaction and listing fees—plus a second chance.

HKEX gave up the opportunity to host Alibaba’s record-breaking 2014 IPO because the Hangzhou-based tech giant wanted to list what were essentially dual-class shares, which would give a small group of Alibaba managers greater control of the company. HKEX wanted to uphold the principle of “one shareholder, one vote” and opposed Alibaba’s plan.

Alibaba had already listed its primary B2B business—Alibaba.com—in Hong Kong through a $1.7 billion IPO in 2007 but then privatized the unit in 2012 for $2.45 billion in preparation to relist the entire business. After Hong Kong said no to the 2014 listing, Alibaba took the its proposal to New York instead.

Alibaba’s New York IPO raised $25 billion and remains the largest IPO in history, scoring the e-commerce giant a market cap of $231 billion on its first day of trading. Credit Suisse and Morgan Stanley, two of the six banks that led the deal, earned $49 million each and the NYSE continues to reap the benefits in service charges.

Alibaba isn’t the only Chinese tech company to choose the U.S. over Hong Kong. In 2018, Chinese IPOs in the U.S. outnumbered those from U.S. companies, according to Renaissance Capital. There were 23 Chinese listings in the first three quarters of 2018 while Nasdaq predicts it will see 40 Chinese IPOs this year. A number of the big ticket tech listees—including e-commerce up-start Pinduoduo and overheated EV maker Nio—issued dual-class shares.

“The question Hong Kong
must address is whether it is ready to look forward as the rest of the world
passes it by,” Alibaba Executive Vice Chairman Joe Tsai said
after the HKEX denied Alibaba’s dual-class share listing in 2013 and prompted
the company’s shift to New York. Last year, HKEX appeared to answer Tsai’s
question by revamping its rules to permit dual-class shares in
Hong Kong.

The change wasn’t smooth. After HKEX announced its new rules in April 2018, bourses in Shanghai and Shenzhen said companies with dual-class share structures would be barred from their Hong Kong connect schemes, claiming mainland investors didn’t understand how dual-class share schemes work. However, the confusion was evidently smoothed out because the ban was lifted just last month.

The Hong Kong exchange has since snagged some impressive market debuts. Smartphone maker Xiaomi Corp was the first company to take advantage of Hong Kong’s new rules and raised $4.72 billion in an IPO for a $54 billion valuation. The shift also helped make the Hong Kong stock exchange the world leader in IPOs last year, with 135 companies raising an accumulative $36.5 billion.

According to Reuters, Alibaba might only postpone its second listing until October. Beijing has set a deadline for Hong Kong to resolve the protests by then, as China will celebrate its 70th anniversary on October 1. A $15 billion Alibaba listing would give HKEX something to celebrate.

—This recession indicator is going off—but don’t use it to time the market—The death of trading: Why more big banks think the business is a losing bet—Business confidence is plummeting because of a “chaotic” environment—How are big banks doing when it comes to diversity? Congress isn’t impressed—“Negative” interest rates used to be unthinkable in the U.S.—not anymoreDon’t miss the daily Term Sheet, Fortune‘s newsletter on deals and dealmakers.