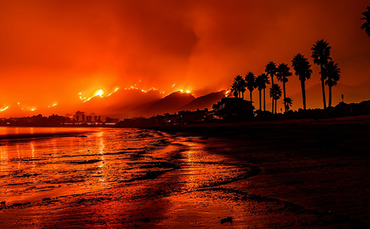 The latest UN report has put the world on red alert, but the direction of travel is clear – Schroders’ CEO and specialists give their view on the role of investors in the energy transition

This year will be “make or break” in the fight against climate change, the UN Secretary-General Antonio Guterres has warned.

The next United Nations climate summit, COP26 – or to give it its full title, the 26th Climate Change Conference of the Parties – is due to take place in Glasgow in November.

Postponed from last year due to Covid-19 restrictions, it is being co-hosted by the UK and Italy, and countries are expected to announce new climate targets in advance.

More than 190 countries have signed the Paris climate accord, which aims to limit temperature rises to well below two degrees Celsius, and ideally to 1.5 degrees Celsius, compared with pre-industrial levels.

However, commenting on an interim report from UN Climate Change published on 26 February, the Secretary General described it as a red alert for the planet. To limit global temperature increases to 1.5 degrees Celsius, we must cut carbon emissions by 2030 by 45 per cent compared to 2010 levels, according to the Intergovernmental Panel on Climate Change (IPCC).

But the report revealed that while the majority of nations represented had increased their level of ambition over emissions targets, their combined impacts fell far short. UN Climate Change said they were on “a path to achieve only a one per cent reduction by 2030 compared to 2010 levels”.

The initial “nationally determined contributions” synthesis report summarises the impact of 48 new and updated. These NDCs are national climate plans including emissions cuts targets for 2030.

What’s the reaction been?

As the final version will not be published until later this year, this is a snapshot. Nonetheless Patricia Espinosa, Executive Secretary of UN Climate Change has said that it shows current levels of climate ambition are “very far from putting us on a pathway that will meet our Paris Agreement goals”. She added that “decisions to accelerate and broaden climate action everywhere must be taken now”.

COP26 President Alok Sharma has said the report should “serve as a call to action” and has asked all countries for ambitious 2030 targets. “We must recognise that the window for action to safeguard our planet is closing fast,”  he warned.

Who else has been talking about COP26 and the fight against climate change?

As vaccinations have encouraged hope for an end to lockdowns, and even the pandemic itself, climate change is gaining traction again.

US president Joe Biden held his own leaders’ summit on climate change on April 22 after he swiftly re-signed the Paris accord on entering the White House.

Bill Gates has published a high-profile book on the subject and said recently: “Avoiding a climate disaster requires a different way of doing business, the courage to take on risks that many CEOs are not used to taking – and that investors are not used to rewarding.”

In December 2020, Schroders joined 29 other global asset managers representing more than $9tr of assets in launching the Net Zero Asset Managers initiative. This leading group of asset managers commits to supporting the goal of net zero greenhouse gas emissions by 2050 or sooner, in line with global efforts to limit warming to 1.5°C.

Schroders’ chief executive says that just as the 1929 Wall St crash led to a complete overhaul of company transparency, companies should be under as much pressure now to deliver clear plans to tackle climate change.

“Initially, we have contacted companies in the FTSE 350 index. We have offered support in the execution of their plans but also made it clear that we will monitor progress closely. Looking ahead, we will expect the same progress beyond these shores. We would like to see all medium and large companies, regardless of where they are listed, publish their plans.”

What do our specialists say?
Mark Lacey – Schroders’ head of global resource equities:

“The high-profile intervention of Microsoft founder Bill Gates in the climate change debate should be welcomed. He captures the challenge of the century: how do we stop adding 51 billion tons of greenhouse gases to the atmosphere every year. This needs to be done as fast as possible to avoid climate disaster and in an economic and balanced way. The global energy system, when you combine electricity, transportation and heating/cooling, is effectively responsible for half of the 51 billion tons of greenhouse gases being released into the atmosphere. This change in the energy system to a more sustainable system is what people now refer to as the ‘energy transition’.

“As investors in this trend, we are responsible for investing our clients’ money responsibly in the companies directly involved in the structural shift of the global energy system over the next 30 years.”

“As regulators and policymakers act to prevent a climate catastrophe, the implications for businesses and investments are real. It means an evolution in the way we generate and consume energy, the likes of which we’ve not seen for generations.

“Political will to take action continues to gain momentum, which means companies and investors will need to be active if they and their investments are to remain fit for purpose. To even begin to think about meeting the ambitious net zero targets, companies need to make quantifiable decarbonisation plans themselves.

“By looking for those companies that will shape a cleaner future, investors can benefit from the transition to a zero carbon world. This will be one of the most disruptive challenges and opportunities that companies have to deal with in the next few years and decades.”

“It’s very clear that many companies, not just in the heavy industries but across the board, are already working on or have carbonisation plans. It’s very clearly shifted from climate change being a sort of distance risk topic within boardrooms to one that’s much more firmly on the agenda.”

Schroders is a partner of the Net Zero Festival. Click here to read more Sustainability insights from Schroders

Boring Co. Vegas Loop would be operating right now if not for COVID-19