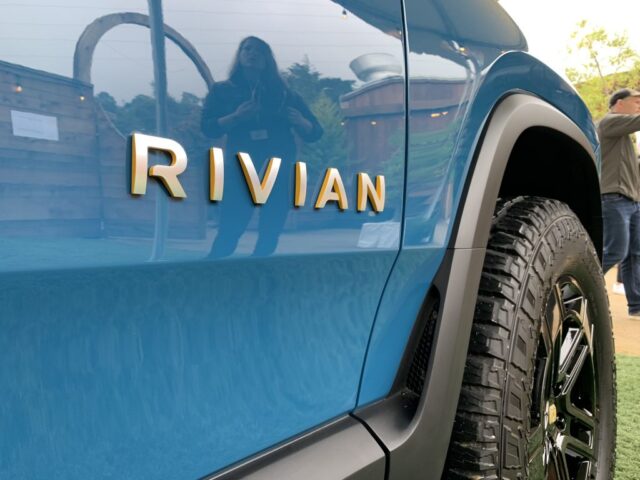 Rivian has closed its first investment round of the New Year, obtaining $2.65 billion in funds and accounts advised by T. Rowe Price Associates, the company stated on Tuesday. The automaker’s valuation now stands at $27.6 billion as its first vehicles are expected to be delivered in Summer 2021.

The automaker stated that Fidelity Management and Research Company, Amazon’s Climate Pledge Fund, Coatue, and D1 Capital Partners all led the investment, but other existing and new investors also contributed to the biggest funding round for the company yet.

2021 is the year that Rivian will officially release an electric vehicle, starting with the R1T electric pickup, then the R1S electric Sport Utility Vehicle. The company’s Amazon delivery vehicles, which are also all-electric, are expected to be launched by Rivian by the end of the year.

“This is a critical year for us as we are launching the R1T, the R1S, and the Amazon commercial delivery vehicles. The support and confidence of our investors enables us to remain focused on these launches while simultaneously scaling our business for our next stage of growth,” RJ Scaringe, CEO and Founder of Rivian, said.

Rivian, like most companies, suffered through a tough and tumultuous 2020, which brought on product delays and resulted in the company’s Normal, Illinois production facility opening from happening on time. The company announced in April 2020 that the R1T and R1S would not debut until 2021 because of the COVID-19 pandemic.

However, 2020 wasn’t a year that was all bad for the up-and-coming car company. Rivian landed a deal with Pirelli for its own EV-specific tire. It was featured on a 13,000-mile journey documented by Ewan McGregor. Finally, it launched the Design Studio for both of its cars, which resulted in a sellout of its “Launch Edition” variants.

“We have been eagerly anticipating the arrival of 2021, and with it, the exhilaration of Rivian starting to deliver its revolutionary products to customers.  It is invigorating for us to continue our journey with such a talented, mission-driven team building a robust organization for the long term,” T. Rowe Price portfolio manager Joe Fath said.

Rivian has raised $8 billion through investment rounds since the beginning of 2019, the company said in a press release. Now, the focus moving forward is to get the R1T and R1S in production and out in time for deliveries, which are expected to begin this Summer.

The post Rivian gets $2.65 billion in funds in first investment round of 2021 appeared first on TESLARATI.

Elon Musk testifies in his own defense during explosive opening day of defamation trial...