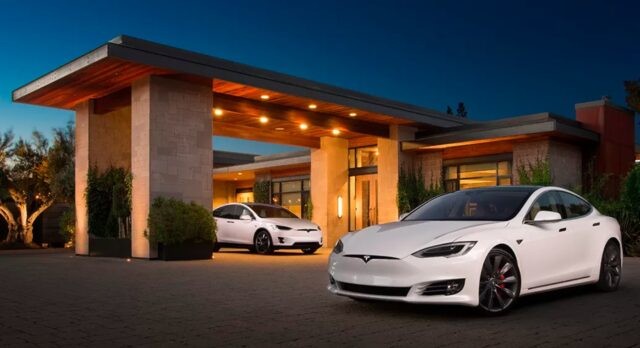 Some Tesla Model S and Model X Long Range All-Wheel-Drive configurations are slotted for deliveries as far into the future as March 2023 as demand for the company’s vehicles continues to increase. However, it is not the earliest possible time you could take delivery of the “base” variants of Tesla’s two flagship vehicles, as changing the wheels will eliminate five months from the anticipated delivery date.

Tesla has updated its Online Design Studio to reflect delivery dates of March 2023 for the Long Range versions of the Model S and Model X, but only if you require the standard, included wheels that come with the vehicles. The Model S comes standard with 19″ Tempest Wheels, which are included with the vehicle as a standard option. However, if you want the aerodynamic and non-upcharged wheels for your Model S, settle in for a considerable wait of 17 months, as the Design Studio indicates a delivery date of March 2023 for these vehicles. 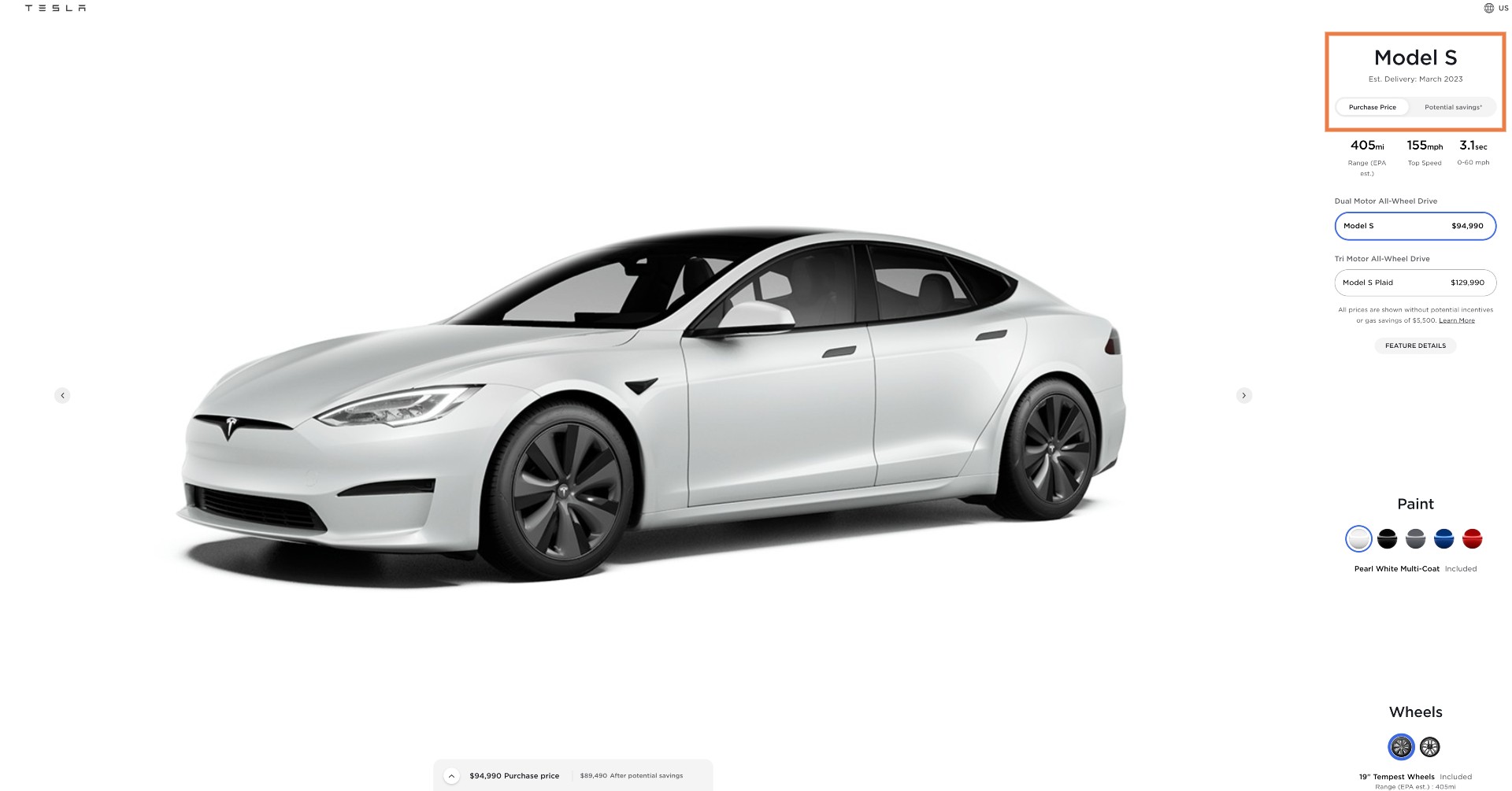 Additionally, the Model X’s 20″ Cyberstream wheels seem to be the bottleneck with the flagship SUV, which includes the notorious Falcon-wing doors. Picking the standard Cyberstream wheels will delay deliveries by five months, moving the November 2022 delivery date to March 2023 if you would like the 20″ rims for the Model X. 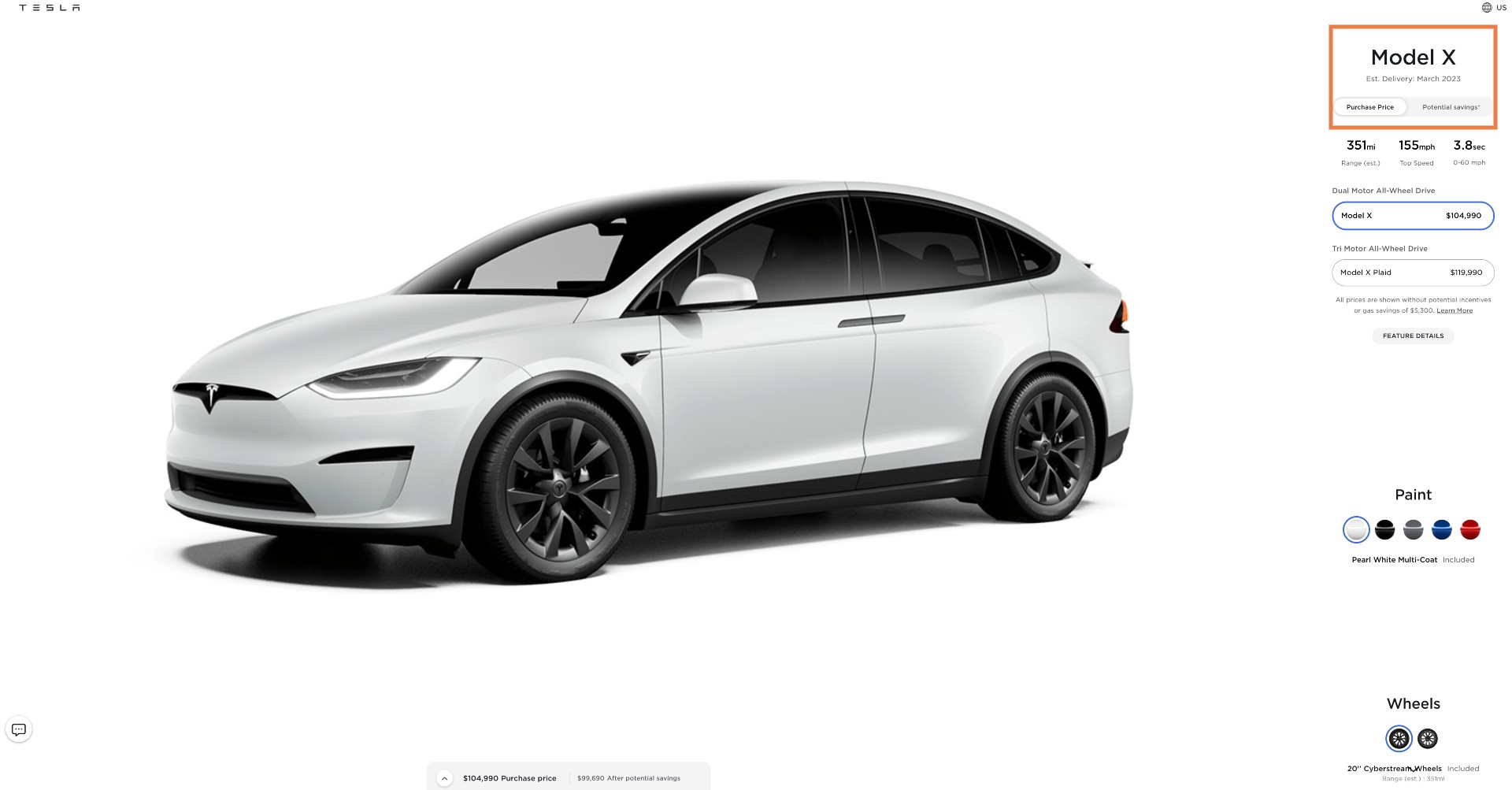 Delivery dates for Tesla’s vehicles remain widely up in the air, so it is wise to take some of these dates as a general timeframe and not necessarily when the car would be delivered. Many of Tesla’s current delivery timeframes reflect long waits as the company’s backlog continues to grow as demand for electric vehicles increases.

After refreshing and rejuvenating the Model S and Model X earlier this year, Tesla’s Fremont Factory, where the two vehicles are currently manufactured, has a lot full of these vehicles waiting for delivery. The Model S and Model X are not Tesla’s best sellers, as the Model 3 and Model Y have taken that crown with their affordable price tags. However, the S and X have remained a critical part of Tesla’s lineup, appealing to those who require a slightly-more luxury feel with their vehicles. The Model S and Model X also come in Plaid variants, which pack industry-leading performance and impressive range ratings that will keep traveling at a maximum and time spent at Superchargers to a minimum.

I’d love to hear from you! If you have any comments, concerns, or questions, please email me at joey@teslarati.com. You can also reach me on Twitter @KlenderJoey, or if you have news tips, you can email us at tips@teslarati.com.

The post Some Tesla Model S and Model X builds slip to March 2023 delivery in the US appeared first on TESLARATI.

Battery installations in Australia up 20%, here’s why