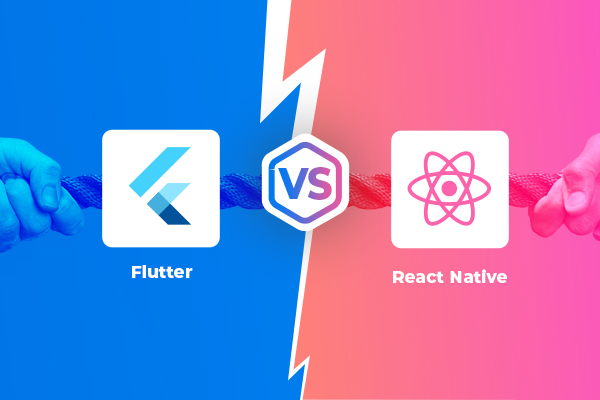 With a rapidly increasing adoption rate, primarily in emerging markets, the future of mobile apps is bright. As per reports by appannie.com in 2019, around 204 billion apps were downloaded worldwide from all app stores. The report indicated that the worldwide download rate had increased by around 45% in the last three years. Several areas in mobile app development account for such rapid growth, such as:

Today, startups and SMBs are getting inclined towards developing a custom mobile app for their business. However, creating and maintaining a native mobile app is a big headache due to the following reasons:

The in-house team requires specific skill-set for custom cross-platform mobile app development for all platforms
Maintaining separate source codes for different platforms is costlier
Each platform has its release cycle and method, so releasing all features in all platforms at the same time is challenging
Coordination between different teams and testing the same features across platforms may give rise to errors

Out of which, React Native and Flutter are the most dominating platforms for hybrid application development. Let’s dig into more details about what these platforms are, what their benefits are, and how they differ from each other.

What is React Native?

React Native is a cross-platform framework launched by Facebook. Earlier, this framework was used to create in-house applications. Later, a decentralized development model was adopted, and React Native was declared open source in 2015. It is based on React JS and Javascript to develop apps similar to native applications. Hence, the name – React Native.

Google launched its open-source cross-platform framework under the name Flutter. It is based on Dart language.

Size of application
Need native tools to create a build

Although both frameworks are open-source and backed by large organizations, they are very different from each other in many areas. Major differences are Language, User Interface, Performance, Developer Support, Adoption, Stability, Corporate Support, and Popularity. Let’s go through all the points mentioned above, one by one, to understand the difference between these two hybrid platforms.

Language – React Native is based upon React JS and Javascript. If a business wants to develop a custom mobile app, then it can do so with ease if an in-house team is present and fluent in Javascript.

On the other hand, Flutter is based on Dart language – an object-oriented language based upon C launched by Google in 2011. Dart language is not well known to most developers, so the learning curve is more for the in-house team.

User Interface – As React Native uses native UI components of iOS and Android with the help of 3rd party libraries, so it behaves the same as a native application. React Native enables a mobile app development company to deliver code specific to a single platform and have full control of the application life cycle and optimization.

On the other hand, the Flutter user interface is based on widgets, which are customizable as per the need of an application. Due to the use of widgets, there is no control over the mobile app life cycle.

Performance – Flutter uses the Dart language, which is based on C language. There is direct communication between the application and device hardware. There is no bridge or 3rd party library required to perform communication. Hence, Flutter is fast in terms of performance.

Adoption – React Native earned enough attention in the mobile application development industry and has support from most 3rd party libraries. More prominent applications like Facebook, Instagram, and more are developed in React Native.

On the other hand, Flutter is new in the mobile application development industry. But, if we compare the tenure spent by React Native, Flutter has more adoption rate as it is backed up by Google. Alibaba, Hamilton, and more are developed in Flutter.

Stability – The first stable version of Flutter was released in 2018, and the most recent one being in 2020. It has many features which can enable business owners to launch feature-rich and visually pleasing custom mobile apps. With time, more features are expected. On the other hand, React Native has a vibrant and large community backing it. A dedicated team improves the existing stable version and adds more features to it.

Corporate Adoption – React Native is a stable and accessible platform that is easily proved from their home page, where they advertise applications developed on their platform.

On the other hand, Flutter is considerably new. The number of cross-platform apps using Flutter is less as compared to React Native. It does not mean Flutter is lagging. Flutter is adopted by major brands like Musical, Google Adwords, Hamilton, Alibaba, and more.

Popularity – According to the Stack Overflow Developer Survey 2019 report, People voted Flutter as the most liked platform. So Flutter is gaining popularity rapidly with time as compared to other platforms.

Who is the winner – React Native or Flutter?

As we read significant differences between React Native and Flutter, both have their own merits. You should select the best framework as per your project needs. You can differentiate whether apps need complex UI or need to use native device hardware like a camera or microphone etc. Based on this, you can choose the right framework for your needs.

Tesla to dominate 2021, but other winners and losers in EVs to be determined